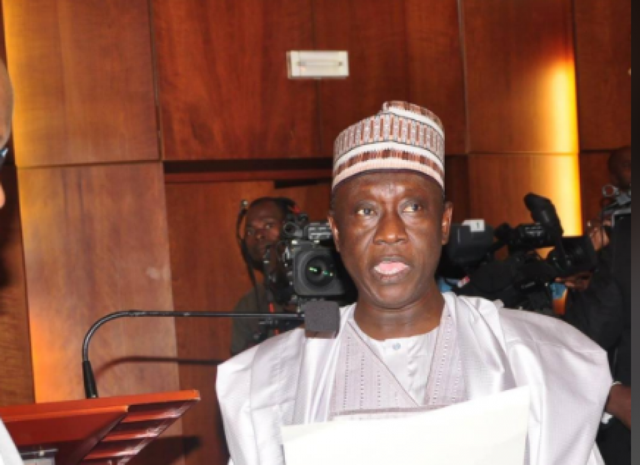 The Peoples Democratic Party (PDP) has announced Sen. Shuaibu Lau (PDP-Taraba) as the new Deputy Minority Leader of the Senate.

This was contained in a letter read by the Senate President Ahmad Lawan during the plenary on Tuesday, signed by the PDP National Chairman, Mr Iyorcha Ayu.

According to the PDP Chairman, Lau will be the replacement for Sen. Emmanuel Bwacha who has defected to the All Progressives Congress (APC).

“Following the defection of Sen.Emmanuel Bwacha to the ruling APC, the PDP Senate caucus has nominated as his replacement, Sen. Shuaibu Lau.

“Lau is from Taraba in the North-East geo-political zone of the country, where the position has been zoned.

“The PDP Senate caucus has duly informed the National Headquarters of the party, in view of which we so communicate to you. We believe that Lau will be an asset to the leadership of the Senate.

“Thank you and accept the assurances of our highest regards,” he said.

The defection of Bwacha to the APC brings the number of APC Senators to 70, while the PDP has 38 and Young Progressives Party (YPP) has only one.

The Senator said that his decision to leave the opposition party was conveyed sequel to a point of order raised during plenary.

“In view of my desire for equal competition, and about my desire to enjoy the full operations of my fundamental human rights, Mr President.

“I want to announce this day, that as King Solomon said, there’s a time for everything; now is a time for me to leave the PDP.

“Mr President, I say I have the opportunity to breathe freely because of deliberate isolation and huge division and factionalisation in the party in my state.

“Mr President, I had to leave because I seek to breathe better. This day, I announce henceforth my exit from the PDP, and to join the governing party because of the visible presence of the party in my Senatorial District,” he said.