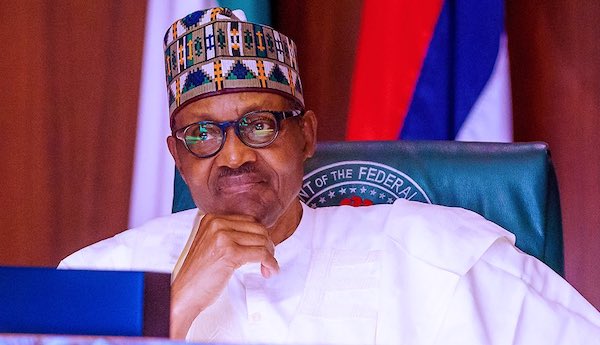 Socio-Economic Rights and Accountability Project (SERAP) and twenty-four concerned Nigerians have sued the government of President Muhammadu Buhari and National Broadcasting Commission (NBC) at the ECOWAS Community Court of Justice in Abuja.

The suit is progesting “the arbitrary use of the NBC Act and broadcasting code to target, harass, sanction, and fine independent television and radio stations in Nigeria, and to restrict Nigerians’ freedom of expression and access to information.”

SERAP is asking the ECOWAS Court to declare “illegal and contrary to Nigeria’s international human rights obligations the provisions of the NBC Act and broadcasting code frequently applied by the Federal Government and NBC to target, harass, intimidate, and impose sanctions on independent television and radio stations in the country.”

The suit is coming in the wake of what the group describes as the “‘bridge [breach] letter’ by the NBC asking Channels TV to explain why it interviewed the spokesman of a proscribed organisation; the ban on Jay FM 101.9 Jos for playing songs such as Falz’s ‘This is Nigeria’, Wande Coal’s ‘Iskaba’ and Olamide’s ‘See Mary, See Jesus’; and the N9m fines imposed on Channels TV, AIT and Arise TV [N3m each] over their coverage of the #EndSARS protests.”

In the suit number ECW/CCJ/APP/19/21 and filed last week, the Plaintiffs are arguing that, “The rights to freedom of expression, access to information and media freedom allow Nigerians to seek and attain truth, which is an inherently good activity. These rights also allow Nigerians to participate in representative governance, social and political decision-making, which the Federal Government and NBC are obligated to foster and encourage.”

According to the Plaintiffs: “Attempts to justify restrictions on these fundamental rights and freedom on the overly vague grounds of incitement, morality and subversion of the constituted authority contradict the principles of the universality of human rights. Freedom of Expression is a fundamental human right and cannot be denied without lawful justification.”

The Plaintiffs are also arguing that, “the application of the Nigerian Broadcasting Act 1992 and broadcasting code to sanction independent television and radio stations is arbitrary, and has created an environment in which independent media houses are censored, or resort to self-censorship.”

The Plaintiffs state that, “Despite the Freedom of Information Act in Nigeria which guarantees the right to access public records, the Federal Government and its agents and several states of Nigeria have routinely refused to release information sought.”

The Plaintiffs are also arguing that, “A lot of Nigerians at home and abroad rely on independent television and radio stations including online on their coverage of topical issues of public interest to access impartial, objective and critical information about ideas and views on how the Federal Government and its agents are performing their constitutional and international human rights obligations.”

The suit was filed on behalf of the Plaintiffs by their lawyers Kolawole Oluwadare and Opeyemi Owolabi.