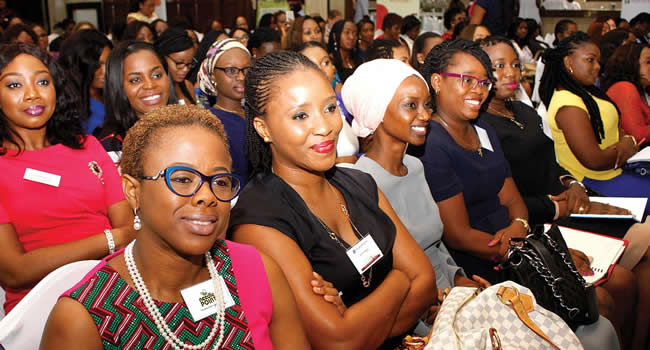 The Economic Community of West African States (ECOWAS) has said the inclusion of more women in the Parliament and at all levels of government will foster peace, security, and development.

Speaking at an event organised by women of the Parliament, to commemorate the 2021 International Women’s Day, on Monday in Abuja, Tunis said his leadership was pushing for binding legislation that would allow a more equitable allocation of more female members of parliament from member states.

However, he expressed concerns about the current under-representation of women in politics and governments and urged member states to increase the numbers of female representation in the ECOWAS Parliament.

He maintained that in spite of the works carried out by ECOWAS in terms of advocacy and actions for the involvement of women in leadership roles, the region still falls short of recording significant figures.

His words: “For instance, the most recent available statistics provided by the West Africa Brief showed that women occupy 421 seats in West African Parliaments, thus, represent only 16.1 per cent of all lawmakers.

“Furthermore, 12 out of the 15 ECOWAS member states are short of the 23.3 per cent world average of women in government. In the region, women occupy on average less than 20 per cent of ministerial posts and of those, they are mostly clustered in the ministries covering women’s affairs and social issues.

“The theme for this year’s International Women’s Day seeks to encompass in one statement, the idea that the world must and has now come to embrace the necessity for women’s full and effective participation and decision-making in public life.

“We strongly believe that giving support to women across the region will go a long way in ensuring that we also bring about development in peace and security.”

Meanwhile, he said the ECOWAS Female Parliamentarians Association commonly (ECOFEPA) Amazons, provides an opportunity for female parliamentarians to use their collective constitutional mandates to create an enabling environment for women’s effective participation in politics, and political processes.

In his remarks, Second Vice President, ECOFEPA Amazons, Sen. Biodun Olujimi, stressed the need for deliberate inclusion of women in politics and governance.

She said the ongoing constitution review was an opportunity to include a statutory percentage of women that must be represented at all levels of governance.

“For all of us, it is not about the senate only. We have an opportunity that is ongoing, which is the review of the constitution. We insist that in the review, we want a minimum of 20 per cent left purposely for women at the local, state, and national levels.

“What is wrong with us getting the deputy governors to be women, and getting the position of the female vice president? I believe that is the way to deliberately bring women into governance. And, we have to convince ourselves that development will be better and faster with women on board,” Olujimi added.

She advocated a third portion for women in the House of Representatives, in the Senate and to even have two or three governors.