SocialMediaTrends: More on Mbaka's return & why Nigerians are passing vote of no confidence in Buhari | Ripples Nigeria 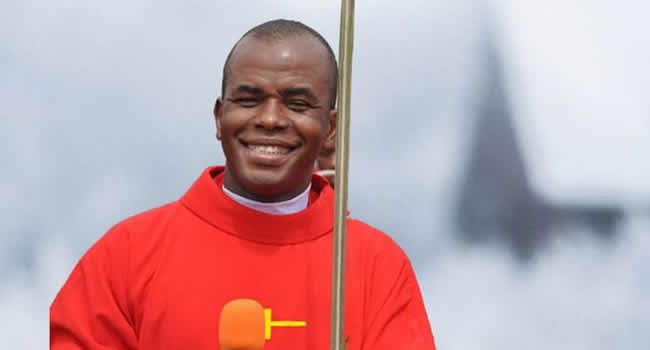 Convener of the #RevolutionNow movement, Omoyele Sowore on Wednesday charged Nigerians to pass a “Vote of No Confidence” on the Muhammadu Buhari’s administration, over the President’s “abysmal performance in office”.

The activist issued the charge via his Twitter handle where he pleaded with Nigerians to retweet his post by writing “I hereby pass a Vote of No Confidence on President Muhammadu Buhari’s leadership”.

The development was coming only a day after the Presidency through Presidential spokesperson, Femi Adesina issued a statement alleging that there were plots by some “misguided elements” to “compel a forceful and undemocratic change of leadership”.

At the time of filing this report, Sowore’s tweet had received 1600 retweets, with no fewer than 1500 likes on the microblogging platform.

Nigerians who retweeted cited insecurity, hike in fuel and electricity tarrifs and economic instability as reasons for passing the vote.

According to SSS and Femi Adeshina, some people want pass a vote of no confidence on Buhari and his rudderless regime and that amounts to a Coup.

You need to be here to believe this madness.

If you don't want people to pass a vote of no confidence on you, do what you were voted for, to inspire their confidence instead of crying wolf where there is none, except you are irredeemably incompetent.

Northern Elders Forum couldn't hide their discontent and disappointment that they called for Buhari's resignation. He betrayed all the regions.

Please pass that vote of no confidence ASAP pic.twitter.com/vVhiYY8pKt

I here by pass a vote of no confidence on @MBuhari pic.twitter.com/FRflHmkdxz

Nigerians were dazed by the reaction from Catholic faithfuls in Enugu state to reports of the alleged disappearance of the Spiritual Director of Adoration Ministry, Rev. Fr. Ejike Mbaka on Wednesday afternoon.

Mbaka’s whereabouts became a concern after he failed to show up for his usual Wednesday morning prayer program at the Adoration ground.

Speculations of a possible arrest by the Department of State Services (DSS) heightened after socio-cultural group, Ohaneze Ndigbo Youth Council Worldwide claimed that the Reverend father’s whereabouts was unknow.

The development sparked widespread protests across the state as congregants marched in their thousands calling for the release of the clergyman, who recently called for the impeachment of President Buhari over the country’s worsening insecurity situation.

The cleric had become an online sensation in recent weeks after he received backlash from Nigerians for criticizing Buhari despite campaigning for him in 2015.

The Presidency claimed Mbaka became a critic because his demand for contracts was refused.

But with the cleric’s reported ‘release’, and DSS’s denial of involvement in his alleged arrest, Nigerians have reacted thus to the saga:

Govt thinks that the scorning /slamming of Reverend Father Ejikem Mbaka is an express permission & approval for them to permanently silence him!

Far from it! Ejike Mbaka has huge and cult-like following amongst the Igbos in the South East! They should release him o! VERY RISKY!

I get the point… Lol
Having watched the trailer, if them get mind make dem order for the full movie

Someone is asking if "mbaka" is that powerful, someone that sold pure water at 5 naira even when others were selling 10 naira…his aqua rafa water stayed at 5 naira for almost 5 years…
"Ejike Mbaka" pic.twitter.com/2kmxWv3MQH

Fr Ejike Mbaka just tested the mic. Funny but not too funny. The traffic and near-violence this short disappearance caused in Enugu in just 2 hours is scary.

Nigerians are also celebrating the memory of former president, late Umaru Musah Yar’Adua, who died in office 11 years ago after suffering from a heart disease.

He took over office in 2007 and led for three years before he died aged 58 in Saudi Arabia and was flown back for burial.

Nigerians have continued to revere him as by far the best leader since the country’s return to multi-party democracy in 1999.

I can't believe we once had it so good under this Late President.

Imagine moving from YarAdua to Buhari?

On this day 11 years ago, President Umaru Musa Yar’adua passed away. He is indeed one of the best Presidents Nigeria ever had. Can you kindly drop a prayer for him May his soul continue to Rest In Peace we miss you ❤️🥺🥺🥺🙏🙏🙏🙏🙏🙏🙏 pic.twitter.com/ra32K5U3sJ

President Umaru Musa Yar'Adua was “integrity & honesty,” unlike those who claim they have integrity, & blame everyone else but themselves. pic.twitter.com/HXiZbjZ0iz

Late President Yaradua was a Northerner, Nigerians loved him. If Buhari and Pantami are hated, E get why… #pantami North pic.twitter.com/xslniWBTCi

Just like the last Samurai; to me, Yaradua was our last president.

11 years without you sir and we are completely lost 😞 pic.twitter.com/ZjKBHZKgyg

Umaru Musa Yaradua is the best thing that ever happened to Nigeria. May his soul Rest In Peace.

Is Late President Yaradua the best President Nigeria has ever had or he died to early for us to truly ascertain??

Minority groups will be oppressed if Nigeria breaks up, Obasanjo warns secession agitators