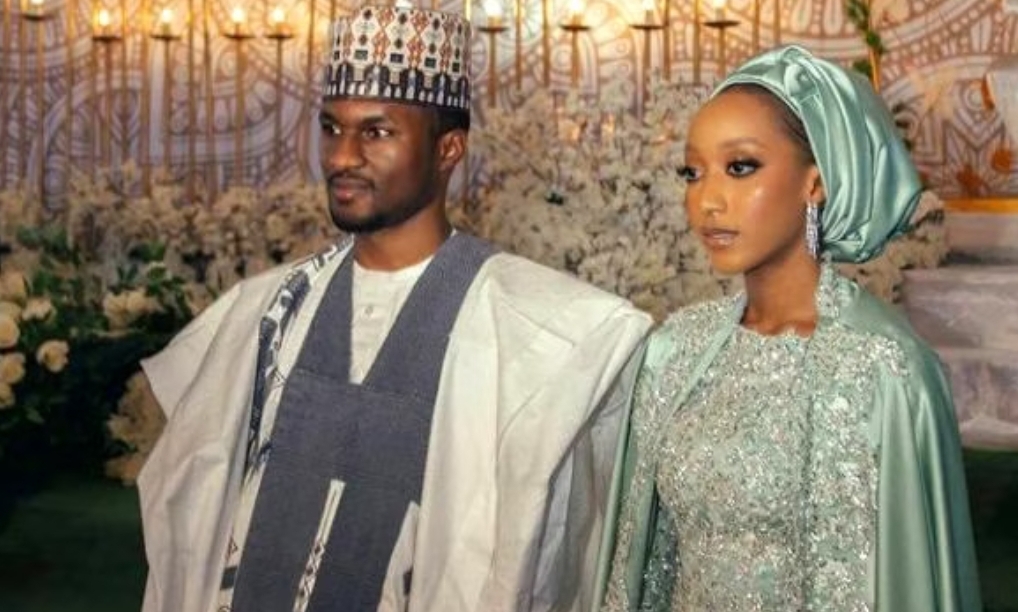 Kano was graced with the presence of dignitaries who arrived the ancient city to witness the wedding, including the President himself; Governors Bello Matawalle (Zamfara) and Babagana Zulum (Borno); Minister of Communication, Dr Isa Pantami; Senator Ali Ndume; Former Aviation Minister, Femi Fani Kayode and a host of others.

27-year-old Yusuf is the only son of President Buhari and his wife, the First Lady, Aisha Buhari.

In 2017, Yusuf came to public eye after he was involved in a ghastly power-bike accident in the Gwarimpa area of Abuja, while he was drag racing with his friends.

He was reportedly flown to Germany where he underwent medical treatment after suffering a broken limb and a head injury.

Prayers have continued to pour in for the newly weds, some of which did not lack some good sarcasm.

Nigerians could not hide their shock and disappointment on Friday over news of the fallout in marriage between Nigerian singer, Paul Okoye a.k.a Rude Boy, and his wife, Anita Okoye.

The celebrity couple are set to divorce over “irreconcilable differences” as court documents which surfaced online and went viral on Friday revealed.

Anita sparked divorce rumours in April after she reportedly relocated with their three children (a boy and a set of twins, boy and girl) to the United States.

The two have been married for seven years since they met in 2004 during their undergraduate days at the University of Abuja. They got married in 2014.

The pending divorce is the second blow the singer would suffer after his fall-out with his twin brother, Peter, from the defunct pop group, P-Square.

Some Nigerians hope Anita could still “reason with” Paul. See reactions below: