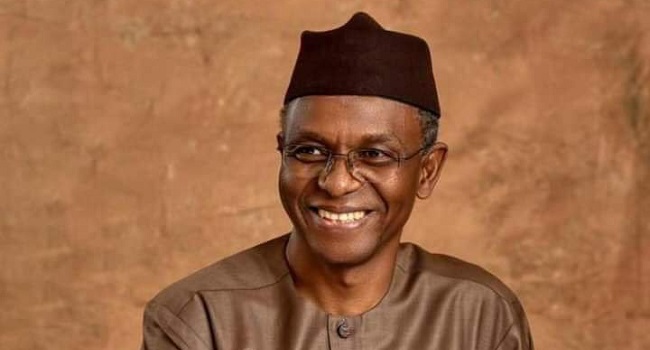 ‘Animals will be furious about accusations we lay on them in Nigeria’ wrote a Twitter user after news surfaced that Termites allegedly ate up documents on N17.128b expenditure at NSITF.

NSITF claimed that some of the payment vouchers have been eaten up by termites while appearing before the senate committee on public accounts.

Recall that similar animal-money-related issues happened in 2018 and in 2019.

In 2018, Philomina Chieshe, an official of the Joint Admission and Matriculation Board (JAMB), claimed that a mysterious snake swallowed the board’s N36 million.

In 2019, a finance officer at the Kano Zoological Gardens also accused a gorilla of swallowing N6.8 million.

The revelation has thrown social media users into a frenzy as many are baffled by the carelessness of the agency.

In 2022 when data storage and protection technology is efficient and affordable, a government parastatal is telling us that termites ate the voucher of a N17.1 billion expenditure. This country has been thrown to the dogs o. This is why we have to vote @PeterObi honestly.

So if billions miss in this country, just pin it on the nearest animal.

Just when you thought you’ve seen it all in Nigeria, NSITF tells Senate that Termites ate Vouchers of their N17.1bn Spending. 🥹🤦🏾‍♂️ pic.twitter.com/Fb5nqCifjG

The MD of NSTIF Mr. Michael Akabogu, told a senate panel that "termites" ate documents that are supposed to explain the missing N17 billion from the Parastatals, funds which appears to have been spent in 2013.

Someone said to me yesterday that the PDP years were worse than now…let me send him the story about termites eating 17bn worth of vouchers. Let me see how he reacts. 🤣

Anytime a year to election,things like this will be happening.

When you think it's getting better.. Nigeria's Termites will just shock you.

NSITF MD, Dr. Michael Akabogu said Termites ate N17bn payment vouchers. That colony must have been led by a strong King and Queen, with battalion of soldiers.

Governor Nasir El-Rufai of Kaduna state has on Twitter mocked the presidential candidate of the Labour Party, LP, Peter Obi, and his supporters on their planned “two-million-man march” in his state.

Ripples Nigeria earlier reported that Obi had begun his state-wide campaign across Nigeria with his previous visits to Nasarawa and Calabar.

On his verified Twitter handle, el-Rufai who is of the All Progressives Congress (APC) tweeted that he hopes Obi’s supporters have two hundred people in the streets of Kaduna for the march.

He wrote: “In Kaduna? Not Kaduna Twitter?,” the governor who is completing his second term said.

“I hope you get Two Hundred persons on the streets, including those ‘imports’ that can’t open their shops on Mondays, and came on overnight bus last night!! I just dey laff, wallahi tallahi!!”

The tweet has generated criticism from Obi’s supporters and many have taken to social media to respond to the APC Governor.

In Kaduna? Not Kaduna Twitter? –
😂😂😂😂😂😂😂😂😂😂😂😂😂😂 I hope you get Two Hundred persons on the streets, including those ‘imports’ that can’t open their shops on Mondays, and came on overnight bus last night!!
I jus’ dey laff, wallahi tallahi!! – @KadunaResident https://t.co/KyOWqpcx8M

What about us that can’t travel from Kaduna to Abuja through out the week because of bandits? Decorum and civility is what you El Rufai should understand. Your tweet lack appropriate social behaviour, hence u should keep Quite. Peter Obi will triumph before your eyes. Onitsha https://t.co/bR1ul44khj

That tweet was so unnecessary from El Rufai. I know how this will play out already. Peter Obi supporters will choke him and his minions online and then they’ll go about labeling them cyber terrorists and IPOB when it’s clear he started it first with that bigotry tweet.

On Kaduna two million man march, some one has donated 2000 bottles of water, another chef wants to cook food for those that will attend, Some other person wants to take care of logistics. Hell Rufai must collect El Rufai #Obidatti023 Asuuwhy Igbos Northerners Adamawa #OBIDIENTS pic.twitter.com/BY1StDXnm6

El-Rufai draws oxygen from bigotry. He is angry Peter Obi has become the Face of A New Nigeria. 2 Million youths marching on the streets of Kaduna, carries a huge symbolism. It demystifies his messianic complex & sense of worth. My People, you know what to do. APPLY WHAT?????? 🤣

El Rufai called the Igbos “Imports” that came to Kaduna state through night bus. When they need your votes they wear your isiagu attire & beg for votes. When they get the votes they spit on your faces! I hope the Igbos don’t sell their birth right this time and support their own