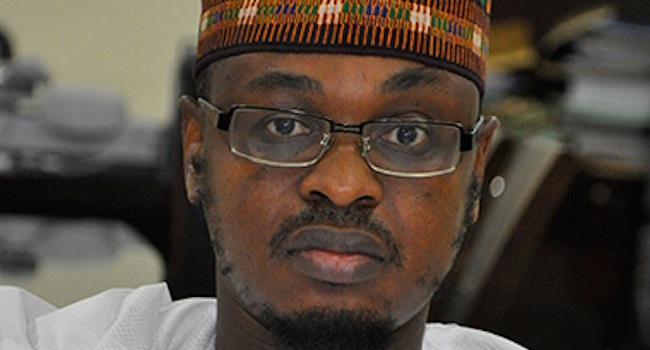 Nigerians on Friday took to their social media handles to demand the immediate resignation of Minister of Communications and Digital Economy, Dr Isa Pantami.

The call followed further revelations of his alleged link with two terror groups, Boko Haram and al-Qaeda, which surfaced on Thursday.

According to the Investigative report written by Nigerian journalist, David Hundeyin, titled ‘Unmasking a Jihadi Masquerade: The Many Faces of Isa Ali Ibrahim Pantami’, the Minister was said to have upheld and promoted Islamic extremist ideologies in the past, prior to his ministerial appointment in 2019.

Comments expressing support for violent Jihadists around the world, including late al-Qaeda leader, Osama bin Laden were also traced to the Minister, whom the reporter tagged a “Jihadi gradualist in sheep clothing”.

The reporter further shared a recorded public lecture delivered by the Minister on September 12, 2006 in Bauchi state, titled, “Suwaye Yan Taliban” (Who are the Taliban), where Pantami expressed deep admiration for Bin Laden, praying, “May God help us imitate their good”, also noting that he considers the chief terrorist a better Muslim than himself.

While Pantami has since refuted claims he was named on US terror watchlist, many Nigerians have continued to express doubts over the safety of their personal data in his Ministry’s custody and have called for Pantami’s immediate resignation and investigation.

If Osama bin Laden was a Nigerian
he will be a minister in this Apc Government.
🚶‍♂️#PantamiResign

What of all the "juicy" packages to ND militants? Currently, many of them are being sponsored abroad and in most of the highly expensive private Universities in Nigeria, apart from being paid abt 80k monthly. Are they also "leading us?"

I had an argument with him sometime last year and I told him Nigeria is a secular state not Islamic Republic of Nigeria.

He disrespected Abike Dabiri only because she’s a woman. pic.twitter.com/pLrRQSoyls

Another bunch of 🤡s is trending #PantamiResign this morning, I don't know why they're so obsessed with Sheikh Pantami, is it because of the NIN-SIM linkage.?? 😂 why bother if you're not a Yahoo Boy.?? Pantami isn't going anywhere, and you must link your SIM with your NIN!

We all have a past. Not everyone will escape if our past actions and speeches are used against our present positions. Opinions and stands do change in the face of new knowledge or facts, or even maturity. And being progressive, other than dogmatic is whole mark of great minds.

I will not join you people and have that “it was in the past” conversation, because it’s same as arguing “if a repented Boko Haram member can become a minister?”
Terrorism is not a drinking habit you drop in the past; Pantami should resign immediately. #PantamiResign

He said " I consider Osama Bin Laden a better muslim than myself".

And you wonder if he won't make a US watch list?

Education and degrees ain't the problem. This is about belief system and what they fundamentally stand and live for.
For example Osama bin Laden is an educated engineer, Al Bagdadi is a PhD. holder.#PantamiResign

Small fire on Pantami, he wants to bribe us with SIMs registration. Naah. We want you to resign. Your action on compulsory NIN during the peak of the pandemic made many citizens contract COVID and your Jihadist affiliation is a threat to Nigeria as a secular state. #PantamiResign

‘10% of Kaduna citizens are on drugs’