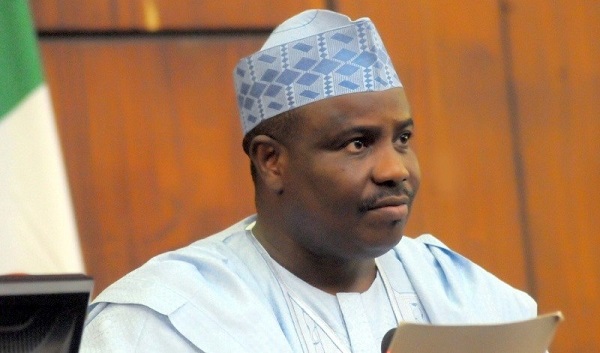 The Sokoto State chapter of the Peoples Democratic Party (PDP) has appealed to the All Progressives Congress (APC) to accept defeat in the governorship election won by the incumbent Governor Aminu Waziri Tambuwal.

PDP also maintained that no amount of money and degree of intimidation could make the good people of Sokoto State to change their loyalty to Tambuwal, the Mutawallen Sakkwato, his government and political associates.

State Publicity Secretary of the party, Abdullahi Yusuf Hausawa, made the remark in a statement on Wednesday.

He stressed: “As democrats and advocates of free, fair and credible elections, and believers of justice, the opposition APC should note what Napoleon Hill once said that; ‘When defeat comes, accept it as a signal that your plans are not sound, rebuild those plans, and set sail once more toward your coveted goals.”

PDP also extended its appreciation to all supporters of the party and Governor Tambuwal for their prayers, love, perseverance, and support.

Speaking further on the party’s victory, it said “You are all living witnesses of the harassment and intimidation of our supporters and sympathisers throughout the period of re-run election conducted by the Independent National Electoral Commission (INEC), which the outcomes give victory to our party, Peoples Democratic Party’s and its candidate, Rt. Hon. Aminu Waziri Tambuwal, CFR, Mutawallen Sakkwato.

“Even though we have won the election based on the first result announced by the INEC during the 9th March, 2019 gubernatorial election, the opposition insisted that INEC must declare the elections inconclusive, we take solace and accept it as the will of Allah.”

PDP maintained that with the declaration of the election as inconclusive as a favour to the opposition APC, the party used the period to garner the support of neighbouring states and source over N5 billion through the treasuries of two states of Zamfara and Kebbi as well as some selected Federal Government agencies.

“These monies were used to facilitate the vote buying spree of up to N30,000 and a bag of rice per vote, which is unprecedented in the history of elections not only in Sokoto State, but in the whole country.

“The vote buying phenomenon created and started by the APC, a party claiming to be fighting corruption, further testified to the fact that the APC and its government are aiding and abetting corruption up to the grassroots level,” the party alleged.