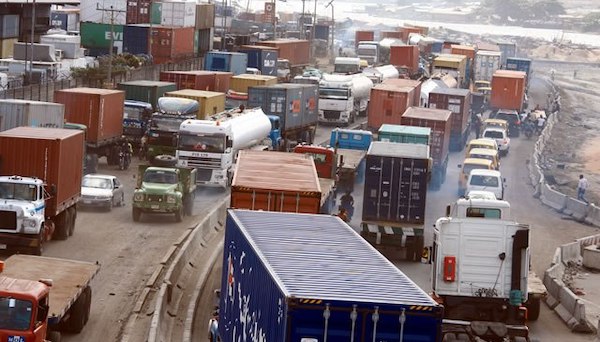 The Lagos state government, Nigerian Ports Authority and Truck Transit Park (TTP) have set a 12 pm deadline on Saturday, February 27 for trucks currently lying and littering Apapa to be vacated.

This is ahead of the flag-off of the electronic call-up system that begins on Saturday to help define the movement of trucks into the ports environment, as only trucks cleared would be allowed entry.

The resolution was reached after a meeting on Thursday, involving Lagos State government, Nigerian Ports Authority (NPA), Truck Transit Park (TTP) operators, and the police, on how to implement the new e-call up system.

At the meeting, held at Lilypond Terminal, Apapa, the stakeholders agreed that the existing call-up for trucks should be discontinued.

It was also jointly agreed that by 4 pm on Friday, February 26, all articulated vehicles would be prevented from entering Apapa and its environs and subsequently by 12.00 noon on Saturday, February 27, 2021, trucks in and around the ports, access roads must vacate the corridors, with strong warnings for truck owners and drivers to adhere to the resolutions to prevent harsh reactions from government.

The stakeholders also urged all stakeholders, especially truck owners to cooperate with the state government as it makes consolidated efforts to create ease in movement for its citizenry safety, welfare, and health which are of primary importance.

Related Topics:ApapaStakeholderTruck drivers
Up Next