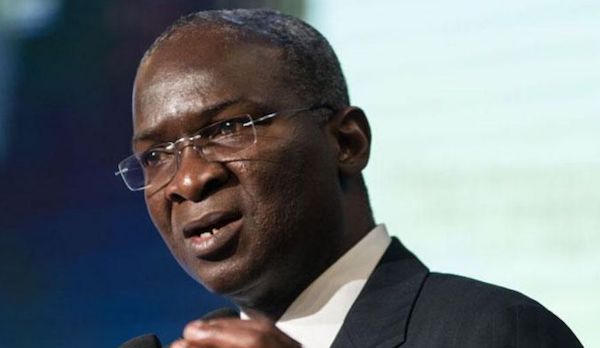 The Minister of Works and Housing, Babatunde Fashola, said on Thursday the Third Mainland Bridge in Lagos would be totally reopened to traffic this weekend.

Fashola, who stated this during a radio phone-in programme, however, did not state the day the bridge would be reopened at the weekend.

He said: “I can tell you now that this weekend, it will be opened definitely; my directors are still in Lagos. The major works have now been finished, so let me say that again by way of information.

“Definitely this weekend it will be reopened. I will announce the date toward Friday and the reason why I am holding back the exact date is that we are the government.

“Any time we say something, people must reliably be able to plan their lives around what we say.”

The minister said the finishing touches would be done on the bridge within the next 48 or 72 hours, adding that the total shutdown of the bridge on Friday would be the last before the reopening.

He thanked the people of the state for their patience and assured that the repair works had been completed.

Fashola added: “The major works have now been finished. The piles, joints, bearings, everything is done. The last miles now are the works which were not in the contract but we insisted must be done.

“We are putting asphalt on some of the places on the pavement that have been affected by erosion. Some of the lane markings have been worn away so we want to do that.”

The Third Mainland Bridge was partially shut for repair works on July 24, 2020.

The works which were expected to last six months were extended from January to February because of last year’s #ENDSARS protests in the country.

Related Topics:Fasholathird mainland bridge
Up Next