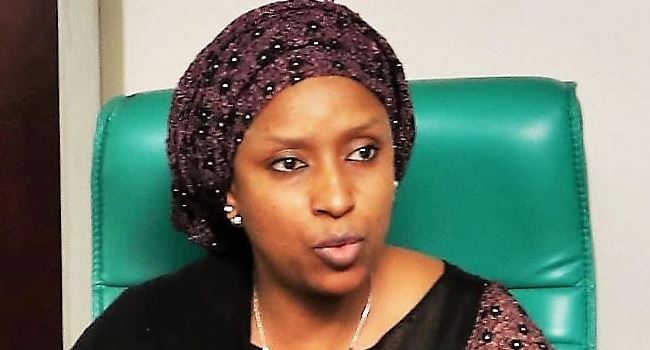 The suspended managing director of the Nigerian Ports Authority (NPA), Hadiza Bala Usman, has denied claims made by a former member of the NPA board, Binta Garba amid investigation into her activities as port head.

Bala-Usman had been suspended after she was accused of favouritism and mishandling of contracts amid a fallout with the Minister of Transportation, Rotimi Amaechi.

Garba had accused Usman of forcing her out of the port authority board after demanding for financial transparency, but her former boss described the statement as untrue.

Usman said she was open with the financial activities of the NPA and had independent auditors check the port authority’s books since she began to head it five years ago, including financial periods of 2013 to 2016.

She said Garba, who served as Senator between 2015 and 2019, was among the finance committee that approved the audited statement, “There are a few questions to ask the Senator: When the Auditors presented the financial statement to the finance committee of which she was a member, did she seek clarifications on areas that seemed opaqued or suspicious?

“If she did what happened? If she was not satisfied with the answers provided by the Auditors, why did she not consider withholding assent to the statement? Why did she not formally document her discontent?

“Why did she not issue a minority opinion on the statement, instead of now speaking after the fact?” Usman said in a statement released on Monday, that the auditing exercise was part of the many measures she took as NPA boss to conduct financial transparency.

Some of the measures include MOU with BUdgit Open Budget System Platform, Implementation of a Public Data Dissemination programme, as well as publishing the tariff regime of the Authority on the website “for the whole world to see in line with the vision of transparency and accountability.”

Usman said Garba came to the agency to destabilise rather than develop it. She said the Senator shouldn’t allow people use her to malign the suspended NPA boss.