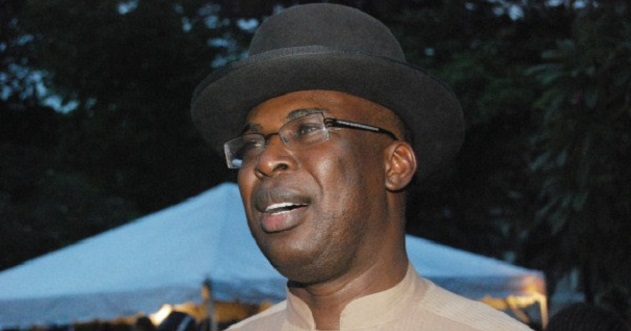 Dickson said in a statement by his Special Adviser, Media Relations, Mr. FIdelis Soriwei, that Sylva cuts the gnawing image of a troubled man screaming and fleeing at the sight of nobody.

Dickson was reacting to a claim by Sylva that the governor was behind a plot to pitch the Chief of Staff to the President, Mr. Abba Kyari, against him through orchestrated media reports.

Soriwei said that “Governor Dickson is too involved and indeed occupied with the execution of the mandate the Bayelsa people gave to him, to be distracted by the hallucinations of a politician whose lifeline in politics was the state òf the mood of his political masters”.

The Governor’s media Aide said that it was queer and absurd that Sylva did not point to any particular story in the media but was only spewing out fake news that a report would be released to the public soon.

He challenged Sylva to come clean on any particular sin he might have committed against the Chief òf Staff, who has no issue whatsoever with Governor Dickson.

He said, “This type of report falls short of the standard of a story that should command a place in our respected media space. Somebody of the exalted status of a former Governor is crying wolf where there is none and hallucinating that a governor reputed to be his political nemesis is after him.

“The point to note is that the governor is too busy with the execution of the mandate given to him by Bayelsans in place of Sylva to be bothered by anticipated clashes between Sylva and the President’s Chief òf Staff.

“This comic claim by Sylva and his minion is a classic example of the wicked on flight at the sight of nobody. The fact is that Sylva is so scared and intimidated by the shadow of Dickson, that his nightmares about him occur in the day time.

“We hope Sylva is not having sleepless night over the possibility of yet another “leaked audio” in this era of “double speak and doubt thoughts.”

According to him, “Sylva’s regime is one bitter story of the locust, pain, misery, waste and misrule in Bayelsa . His rejection by the Bayelsa people only showed the decision of the people to reject stagnation and sterility in governance.”

OSINBAJO: Fake picture almost put me in trouble with my wife