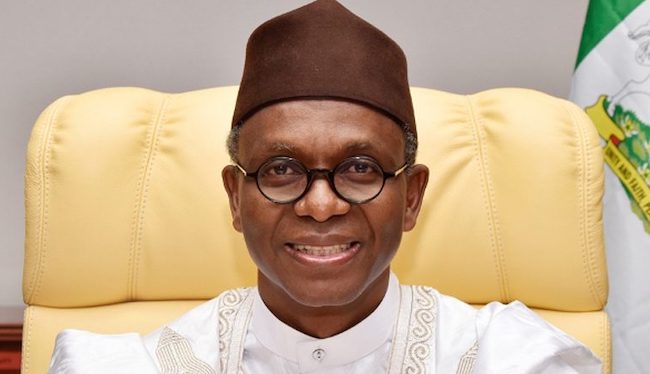 The Kaduna State Governor, Nasir El-Rufai, on Wednesday called for increased taxation in the country.

.El-Rufai, who made the call at the Annual Tax Conference of the Chartered Institute of Taxation in Kaduna, said taxation would help to raise the government’s revenue in the country.

This, according to him, will translate to improved social services for the people.

The governor lamented that Nigeria’s tax to Gross Domestic Product (GDP) ratio of 6 to 7 percent is one of the lowest in the world.

El-Rufai said: ‘’In Kaduna State with a GDP of about N2 trillion, we should be collecting about N400 billion per annum as taxes.

” Unfortunately last year, we collected slightly above N50 billion, 1/8th of what we should be collecting. That means that there is a lot of work to be done in that regard.”

He noted that the situation is not peculiar to Kaduna State alone.

The governor added: “Most countries are planning for a green economy in which oil will not be used at all.

“So, we must begin to move away from oil. Oil is neither the answer nor the question that will solve our problems.

“The real solution to our problems is better and efficient taxation of goods and services.

“In the light of the fact that 75 percent of Nigeria’s economy is informal, how do we scale up the taxation of the informal sector?

“I think some progress has been made with Presumptive Taxation, but it is not enough.

“Agriculture accounts for a large proportion of our GDP. Here in Kaduna State, like any state in the federation, agriculture is the largest employer of labour and the largest contributor to GDP. But it is incapable of being taxed at the farm gate.

“Government at various levels should scale up its tax identification records so as to capture every adult in Nigeria for the purpose of taxation.”