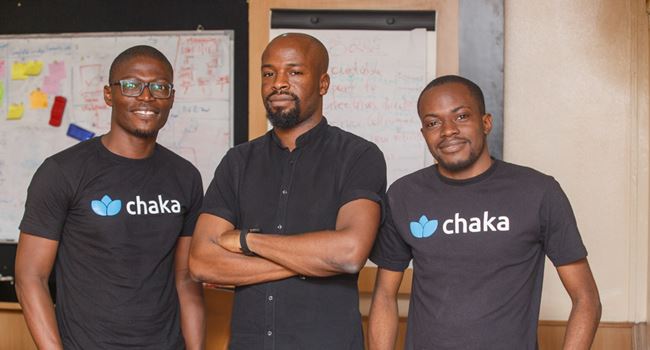 On Wednesday, while American micro-blogging site, Twitter, launched its “dislike” button feature on its platform, Nigeria’s apex bank proposed the launch of a digital currency in October 2021.

Also during the week, Chaka closed its $1.5 million pre-seed round to power digital investments for individuals and businesses.

Lagos-based startup Chaka closed a $1.5 million pre-seed round to power digital investments for individuals and businesses.

The round is the second joint deal for 4DX Ventures and Breyer Capital in the space of two weeks.

Also during the week, MINT Incubator announced opening calls for applications into its latest edition.

Expected to help startups grow, the incubate train startup owners on how to be investment-ready.

Further highlighting what the programme entails, the host revealed that the three-month programme will feature a series of mentoring sessions and workshops covering topics such as finance, sales and marketing, growth hacking, accounting basics, legal and governance, attracting and retaining talent, and branding.

Moving quickly to updates from Nigeria’s Central Bank. The apex bank, during the week hinted on its resolution to launch its digital currency in October 2021.

The news comes 2 months after the bank stated that the Central Bank of Nigeria (CBN) planed to introduce its own digital currency.

Sources revealed that the announcement followed a meeting with its stakeholders to outline its digital currency initiative via a private webinar.

The programme, according to Google, is expected to come in partnership with Maliyo Games.

Should the plan pulls through successfully, the initiative will help prepare young people for career success in the global gaming market.

The UK initiative to enhance trade in Nigeria

The UK Government launched a consultation on new trading rules that will help countries like Nigeria grow its trade and build back better.

The initiative, which will also help British businesses and consumers at the same time, is a major opportunity to grow free and fair trade with developing nations.

According to local media, the proposed scheme will benefit 70 qualifying countries, including Nigeria, in areas of improving tariffs and simpler rules of origin requirements for countries exporting to the UK.

Thank you for joining us this week. That will be all. Take care and stay here for more updates.

AfriLabs selects 24 new members in its network. 1 other thing and a trivia

Egyptian Estshara closes $500k seed funding round. 1 other thing and a trivia