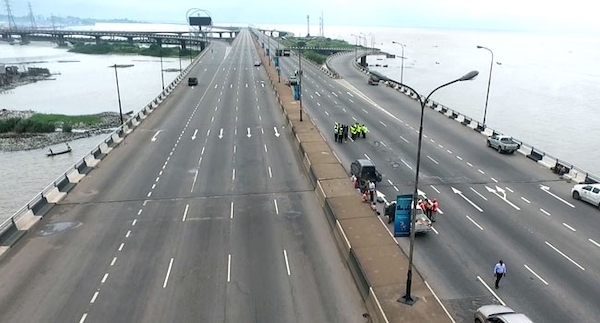 The Federal Government on Tuesday reassured Nigerians that the Third Mainland Bridge in Lagos is structurally okay and safe for use.

A post surfaced on WhatsApp on Monday and asked motorists to take alternative routes from the Third Mainland Bridge to avoid “major disaster.”

The Federal Controller of Works in Lagos, Mr. Olukayode Popoola, who reacted to the post in a chat with journalists, urged Nigerians to disregard rumours that the bridge was shaking.

He said a video being used to spread fear on social media was has been recycled for the past five years to cause panic among the citizens.

He added that the portion shown in the video had long been fixed.

Popoola recalled that the federal government in February completed the replacement of 12 expansion joints on top of the bridge, saying rehabilitation works underneath the bridge was ongoing.

The controller said: “I have gone on Third Mainland Bridge today and have gone round the bridge and there is nothing like that bad portion being circulated.

“I want to put the record straight, this is not the first time such rumours would be going round, it started about five years ago that somebody would just wake up and post this same video on social media and then people begin passing it and then cause panic to road users.

“I want to assure all residents of Lagos and road users that there is no problem with Third Mainland Bridge, it is safe and still comfortable.”

Related Topics:FGthird mainland bridge
Up Next