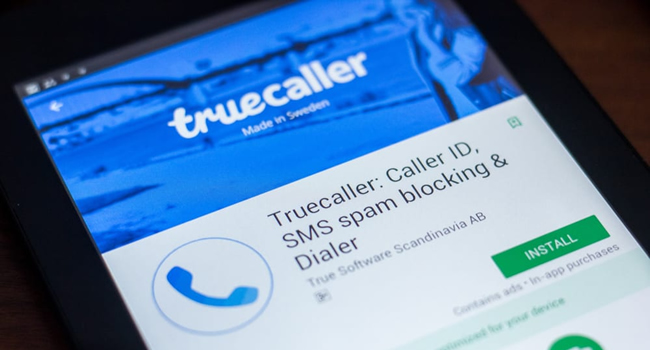 The world’s most trusted and accurate Caller ID and telephone search engine, Truecaller, has launched a new feature to further augment its user experience.

The new feature will serve as a spam filter, helping users focus on important messages.

According to Truecaller, the feature was introduced based on user feedback and was designed to cater to the evolving needs of consumers.

It is expected that the new feature will offer a host of new services to make day-to-day communication a lot more convenient.

Speaking on the development, Zakaria Abdulkadir Hersi, Truecaller’s Director of Business Development & Partnerships Africa, noted that the new feature was to reduce distractions of users.

He said: “Roughly 80% of SMSes one receives daily are from businesses, disengaging users from important/useful messages. To combat that, SMS apps need to become smarter by filtering out spam and categorising useful information”.

Tech Trivia: Brilliance Auto is from which country?

The startup, which only launched in Ghana last November, participated in MEST Express accelerator programme, and is one of the three Ghanaian startups selected to receive equity-free grant funding and support from MEST and the Mastercard Foundation.

According to local media, Motito is a value added service for merchants, and offers consumers increased affordability and convenience.

Since its launch, users can download the app, sign up, go through an underwriting process tied to source of income, and then proceed to buy now, while they pay later.

Speaking on what inspired the initiative, Tobi Martins, co-founder of Motito, lamented the inefficiencies of exciting solutions.

He said: “Access to credit is still relatively low on the continent, credit cards are practically ineffective and micro lenders have high interest rates.

“For payment plans that go beyond four weeks, we charge a five per cent service charge to our customers as well.”

South African payment solutions specialist, Payment24, has launched a ‘pay by car, not by card’ model as it looks to drive cardless, contactless payment in South Africa.

Under the name FastLane, the technology works as a ‘biometrics for the vehicle’ and is capable of identifying any vehicle enrolled in the system as it drives into the forecourt.

According to Payment24, after identity is confirmed, the technology then authorises refuelling and automates payment.

The new solution is designed to allow petroleum companies and organisations operating their own fuelling homebases to improve service and efficiency, while also reducing the risk of fraud.

Operating in the artificial intelligence field, FastLane system uses programmed cameras to detect a vehicle’s registration number, make, model, colour and type as it drives into the refuelling station.

Speaking on the new technology, Nolan Daniel, CEO, Payment24, stated that the development of the new model was to shift the payment game away from traditional methods while leveraging technology.

He said: “We are advancing to a stage in which the vehicle becomes the payment mechanism, taking away the time and effort that was traditionally needed to refuel a vehicle. Using advanced algorithms and artificial intelligence, we have made ‘paying by car’ a lot faster and more secure than using something like a fleet card.

“It’s the gateway to a world of cashless transactions, real-time visibility, and satisfied customers. Payment24 FastLane is a way to distinguish yourself, giving customers peace of mind and building loyalty with them.”

Huachen Automotive Group Holdings Co. Ltd., known for its brand name Brilliance Auto Group, is a Chinese automobile manufacturer headquartered in Shenyang. Its products include automobiles, microvans, and automotive components. Its principal activity is the design, development, manufacture and sale of passenger cars sold under the Brilliance brand.