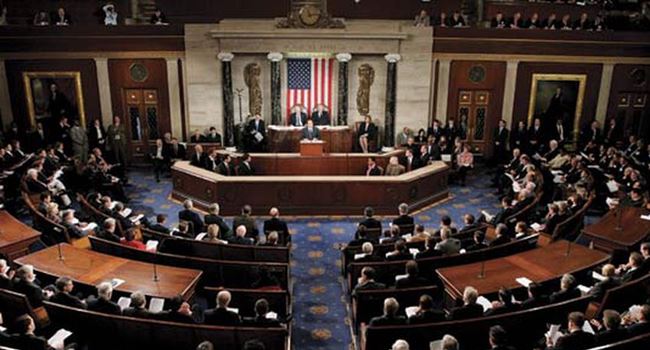 The impeachment probe against US President Donald Trump is gathering steam as House of Representatives approved a resolution on Thursday to set the rules for public hearings Lin the ongoing inquiry.

According to reports, the resolution, approved by a 232-196 vote, now authorises House committees to move forward with formal, public hearings against Trump.

The investigation by the House is to determine whether Trump abused the powers of his office by orchestrating a pressure campaign on Ukraine for domestic, personal political gain.

The development comes after Trump expressed fears he may lose power in the ongoing impeachment probe launched by Democrats.

Worried by the fast-moving pace of the impeachment inquiry, Trump exhorted fellow Republicans to get tougher and fight for him, saying the Democratic-led US House of Representatives wants to impeach him “as quick as possible” over his request that Ukraine investigate a political rival.

Trump made his comments during a White House Cabinet meeting as Democrats sought to build public support for the impeachment inquiry.

When asked if it is a foregone conclusion that House Democrats will vote to impeach him, Trump said that “they’re not going to beat me in the election, so, of course, they want to impeach”.

“They want to impeach. And they want to do it as quick as possible. And that’s pretty much the story,” Trump added.