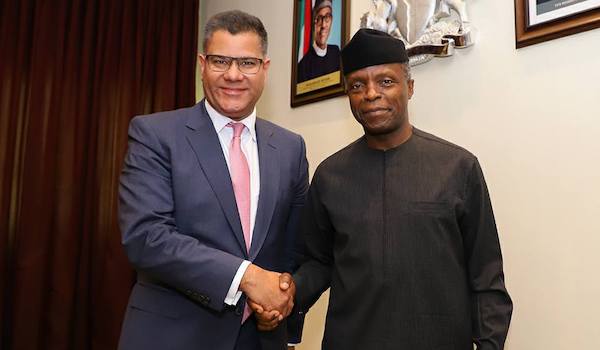 This was revealed in a statement by the Senior Special Assistant to the President on Media and publicity, Garba Shehu.

Osinbajo stated that Nigeria can benefit from the United Kingdom in its ongoing reform of the business environment by learning from how the British resolved similar challenges.

According to him, “One of the critical issues with the ease of doing business is with respect to the registration of property and how the process is long drawn.”

He noted that while states like Lagos and Kano have done well with issues around land registration, there are still some outstanding issues. This, Osinbajo noted, is an area where the UK and Nigeria can collaborate.

“I think one of the ways by which we could get some help is in the whole land registry concept”, the Vice President noted.

He recalled that Lagos State actually had such collaboration when he was serving there.

According to him, the UK “gave us quite a bit of help in establishing what was used in Lagos State land registry years ago.”

“Every state has its own peculiar issues and challenges. How to document across the various states is what poses the challenge,” Osinbajo observed.

Prof Osinbajo also explained the National Livestock Transformation Plan, NLTP, stating that the Federal Government and States decided on ranching as an option for livestock breeding.

States determine the implementation methods in their respective domains, while costs will be split with the Federal Government.

On the specific issue of land registry, he noted how the process was simplified in the UK using technology.

Both the Vice President and the UK Secretary, among other issues, also discussed the rehabilitation of the Northeast region and how the British could support the process going forward.