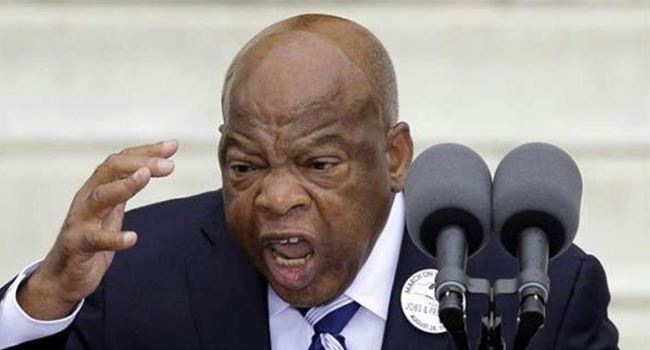 The racist tweets directed at four congresswomen by the President of the United State of America, Donald Trump has been strongly condemned by the House of Representatives.

Before unanimously voting to condemn Trump’s racist comments, Representative John Lewis called on members of Congress to “do the right thing” and condemn the president’s words.

“The world is watching. They are shocked and dismayed because it seems we have lost our way as a proud and dignified people,” the 79-year-old Lewis said.

Meanwhile, the four Democratic congresswomen who were attacked by Trump in racist tweets over the weekend have called on the President to focus on issues bothering the nation.

According to the four women Alexandria Ocasio-Cortez, Ilhan Omar, Ayana Pressley and Rashida who spoke jointly on Monday, Trump’s attacks are a “distraction” from his policies, and encouraged people to not “take the bait”.

The congresswomen said they will “not be silenced”, and instead turned their attention to the treatment of immigrants detained at the border, healthcare and education, among other issues.