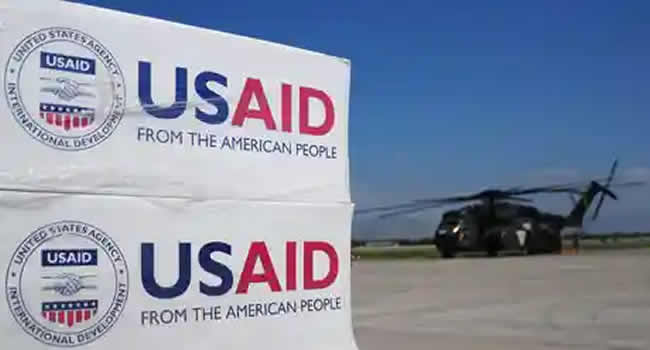 American e-commerce king, Amazon, has toed the line of Twitter as it looks to erect its venture headquarters not on the soil of Africa’s largest economy, Nigeria, but in Cape Town, South Africa.

Announcing its decision to the public, on Thursday, Amazon stated that the company has gotten the green light from the government, approving a new R14 billion development that will host Amazon’s new African headquarters.

According to the American company, the development design intends to create a 150,000 sqm2 mixed-use space, divided into commercial and housing uses across two precincts.

Further speaking on the development, Executive Mayor, Dan Plato, stated that Amazon took into cognizance the need to facilitate job creation in a balanced investment outlook, especially as it seeks to “revitalise the economy” after the hit of the pandemic.

He said: “We are acutely aware of the need to balance investment and job creation, along with heritage and planning considerations. It is clear that this development offers many economic, social and environmental benefits for the area.”

Tech Trivia: What is the Nigerian most visited website?

In a bid to help Nigeria combat the current food security crisis that was compounded by the COVID-19 global pandemic, USAID/Nigeria has launched a new scheme to support Agrictech startups in the country.

The pandemic, which affected the food value chain in the country, had significantly disrupted the fragile value chains in Nigeria.

Hence, through the Feed the Future initiative, USAID/Nigeria is seeking to partner with youth-led companies and mid-stage companies that are already working in food production, processing, and/or distribution.

During the application window, however, the Challenge will host an informational webinar where the USAID will be answering questions from prospective applicants and publicly sharing the answers.

It is, therefore hoped that the Challenge will increase food and agriculture system productivity and enhance efficient production along the value chains in order to unlock agricultural production that has been limited by COVID-19’s impact on food production, processing, and distribution in Nigeria.

The fund was led by Australian-listed multinational Zip Co Limited, a buy now pay later player with a market cap of over R55 billion.

Paul Behrmann, CEO, and founder of Payflex, who spoke on the development, stated that the investment and support by Zip Co is a vote of confidence in local fintech innovation and the market opportunities inherent in South Africa.

He said: “Although Zip was launched in Australia, it has expanded into the USA, Britain, and New Zealand. With a leader in the buy now pay later (BNPL) space investing in Payflex from inception, we have the financial muscle to expand our footprint and provide merchants with comfort that the company they are dealing with has solid financial backing.”

The fintech’s buy no pay later model enables customers to shop at over 650 well-known online stores such as Cotton-on, Superbalist, and The Pro Shop.

The platform has been developed to inform users on how and when payments are required, creating a transparent buy now pay later system with consumers.

Taking the lead in Nigeria, this site ranks: #167 in global internet engagement with 7:32 Daily Time on Site.