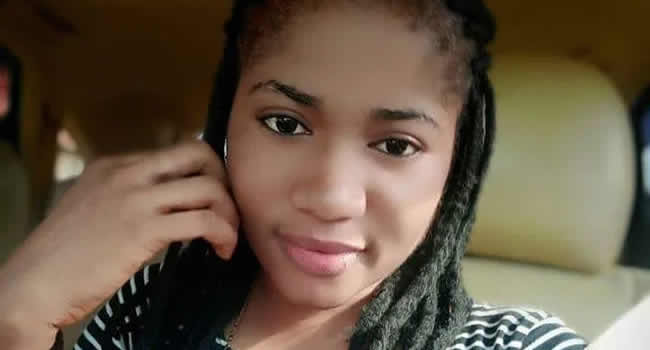 It was barely 48 hours after Mercy Mmeseoma Obi better known as Ada Jesus turned 23 that she passed on; the young skit maker died of kidney disease.

The talented comedienne was diagnosed with the ailment in February 2021; which became the commencement of her final moments on earth.

Born Mercy Mmeseoma Obi in 1998, the youngster hails from Orlu, Imo State where she quickly developed her comic skills.

She graduated from Imo State University before she commenced her comedy career in 2018.

Her skits were mainly produced in Igbo language and are themed around African parenting, relationships, and the basic struggles of the Nigerian youth.

Ada Jesus continued to garner momentum on the social media platforms, Instagram and Facebook, garnering an impressive followership courtesy of her creativity.

The late comedienne was involved in a feud with the controversial cleric, Prophet Odumeje and Nollywood actress, Patience Edochie just months before she died.

In late 2020, Ada Jesus implied that the prophet and actress Edochie were working together to staged fake miracles.

However, months after she made the allegations, Ada Jesus was diagnosed with a kidney problem that left her incapacitated.

A friend of hers, Ella Ada posted pictures of Ada Jesus in a pitiable condition, soliciting prayers.

“Please pray for Ada Jesus, she’s really sick and has a kidney problem, she has been admitted to hospital.

Please, let’s pray for her; Ada, nothing will happen to you in Jesus’ name amen.”

Recently, the family of the comedienne, who was paralyzed, took her before Odumeje for deliverance, but it was reported that the cleric and Rita Edochie rejected her.

Instead, they laid curses and abuses on her.

Indaboski, as the prophet is popularly called, was seen in the video, refusing to pray for the sick Ada Jesus, vowing that her generations will suffer for the “insults” and “lies”.

Some people have alleged that her ailment was as a result of her accusation against the prophet, but he vowed not to forgive her until she provided evidence to support her claims.

“You people must bring to me the people that I do fake miracle with (sic) if not when I am done with her I will start with your generation,” Odumeje said in a video that emerged online.

The cleric accused the comedienne of ruining his image with false accusations on social media.

However, Rita Edochie was present in that video and was heard vowing not to forgive the comedienne. She was hurling abuses at Ada Jesus.

“You will go from here. You will die from this, so others can learn,” Rita Edochie said in Igbo.

However, on Sunday, April 11, 2021, the actress, in a video released on Instagram revealed that she had forgiven Ada Jesus for spreading allegations against her and Odumeje.

“Stop insulting men of God, particularly my man of God, Prophet Chukwuemeka Ohanemere Odumeje. Use him to respect me. He is good for me, that is why I am with him,” she stated.

“Stop mocking me because I am following Odumeje. Whatever anyone is comfortable with, let them do. I am comfortable staying with him. Look for a good place and stay. Leave us alone.”

Days after, Ada Jesus died after she marked her birthday on the hospital bed.

She died of kidney failure at an Abuja hospital where she had been receiving treatment.