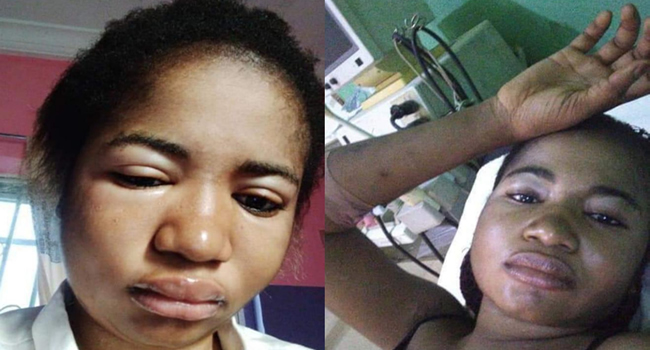 Fast-rising Nigerian comedienne, Ada Jesus, has died of kidney ailments. She was 23.

Ada was admitted to the hospital after she developed kidney disease recently.

When her health deteriorated, the comedienne went to ask for forgiveness from those she had spoken against in the past including Prophet Chukwuemeka Ohanemere Odumejeje, actress Rita Edochie and some traditional worshipers.

Odumejeje and Edochie’s initial refusal to forgive the deceased got the attention of well-meaning Nigerians who paid her medical bills.

She graduated from the Imo State University.

The deceased joined the industry in 2018 by posting skits on Instagram.