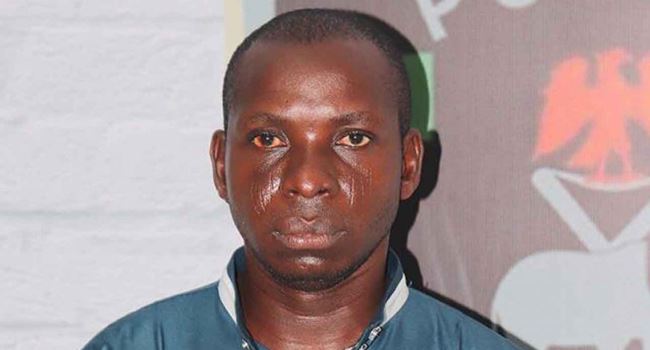 The case involving a kidnapping kingpin from Taraba State, Bala Hamisu, also known as Wadume, has been taken over by the Office of the Attorney General of the Federation from the Inspector General of Police, Mohammed Adamu.

Wadume, who was slammed with 16 count charges bordering on terrorism, murder, kidnapping and illegal arms running on February 16, 2020, was being tried alongside 19 others.

Those on trial include two policemen and 10 soldiers.

However, at the resumed sitting on Wednesday, only six of the 20 defendants, including Wadume, were present in court, as the 10 soldiers among the defendants were absent, the same scenario when the case was first mentioned in court on March 16, 2020.

At the March 16 sitting of the court, the lawyer prosecuting the case on behalf of the IGP, Simon Lough, had informed the judge, Justice Binta Nyako, that the Army had rebuffed repeated requests to release the soldiers for arraignment.

This prompted the judge to order the Chief of Army Staff, Lt.-Gen. Tukur Buratai, to release the 10 defendants to the police.

The prosecuting counsel from the AGF office, Labaran Magaji, who appeared in the case for the first time on Wednesday, told Justice Nyako that his office took over the case and received the case file from the police on Tuesday.

Magaji, who requested an adjournment to enable him make moves for the production of all the defendants in court, said: “The AGF office applied to take over the prosecution of the criminal charge. We were handed over the file yesterday (Tuesday). The case has about 20 defendants, but only six defendants are present in court.

“In the circumstances, we shall be asking for a short adjournment for the purpose of bringing all the suspects named in the charge.

“The prosecution shall do the needful to ensure that the case takes off immediately.”

The move by Magaji was not opposed by the defence lawyers that were present in court, after which Justice Nyako adjourned the matter to June 8.

#JusticeForBarakat: Outrage as another student raped and murdered in parents’ house