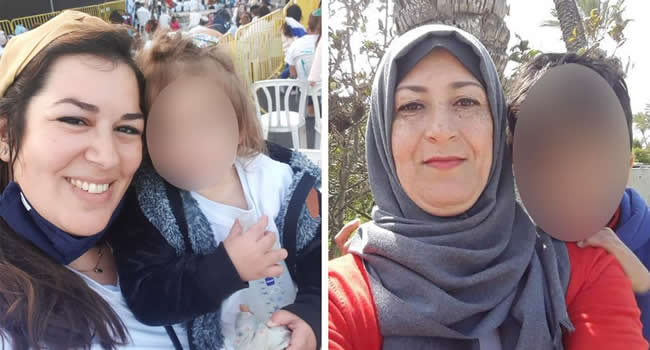 Some mothers who are caught in the Israeli-Gaza conflicts have been crying out and worried about their children’s safety as fighting worsens, leading to the deaths of over 200 people and entered its fifth day on Friday.

The worried mothers, while speaking to the BBC, said since the missiles began pounding close to their family homes on the Gaza Strip, they and their children have been too scared to sleep.

Najwa Sheikh-Ahmad lives with her husband and five children, aged 12 to 22, on the edge of a refugee camp in the centre of the Gaza Strip, a small, crowded piece of land on the Mediterranean where 1.8 million people live.

Dozens of civilians in the camp, including 17 children, are among those who have been killed in the latest Israeli strikes targeting the Islamist group Hamas, according to authorities in Gaza

“The nights are so scary for us, for our children. In any moment, your home might be your grave. You cannot be secure. As a mother, it’s very terrifying; it’s very exhausting for my feelings, for my humanity,” Najwa said.

She added that she can hear the roar of Israeli fighter jets flying overhead all day, along with the sound of explosions of missiles and aerial bombardments.

“Everything is shaking around us. And we are shaking too because we are so afraid. You might in any second be in a bombardment around you, targeting your house or targeting your neighbourhood. This may change the place where you are supposed to be safe into a grave for you and your children, for your dreams, for your memories, for everything.”

Najwa is concerned about the mental toll repeated bouts of conflict that have marked Gaza’s recent past is having on her children. Her youngest son, Mohammed, who is nearing his 12th birthday, has already lived through the Israel-Gaza wars of 2008-2009 and 2014, which killed thousands of civilians.

DRC sentences 30 people to death over clash with police

Israel intensifies attacks in Gaza, as death toll rises above 200