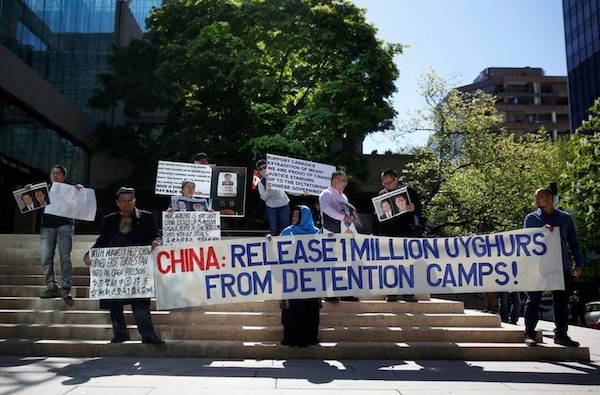 Asian giants, China has been rebuked by nearly two dozen Western countries for the detention of at least 1 million Uighur minorities, and other Muslims held in detention centers in the remote western Xinjiang region of the country.

U.N. experts and activists strongly condemned China in an unprecedented letter issued to the president of the U.N. Human Rights Council dated July 8, the first of such joint move on the issue.

“It is a first collective response on Xinjiang,” a Western diplomat told Reuters on Wednesday. “The idea of a resolution was never on the cards.”

Another envoy said: “It’s a formal step because it will be published as an official document of the Council…It is a signal.”

The letter also voices concern at reports of unlawful detention in “large-scale places of detention, as well as widespread surveillance and restrictions, particularly targeting Uighurs and other minorities in Xinjiang”.

China describes the detention centres as training centers helping to stamp out extremism and give people new skills.