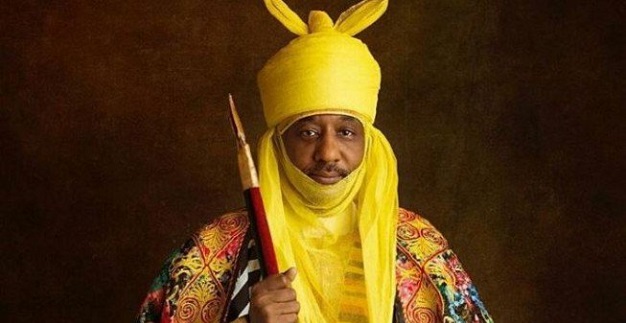 Emir of Kano, Sanusi Lamido Sanusi II, has suggested that the failure of Nigerian leaders to understand what the county’s priorities should be is the reason Africa’s most populous nation will remain the poverty capital of the world.

The former governor of Central Bank of Nigeria (CBN), said what can change the ugly situation the country has found itself in is for its leaders and the people to take proactive steps anchored on prioritizing the needs of the country.

He stated this when he spoke after his induction as an honorary member of the Sigma Club of the University of Ibadan.

“So, for all Nigerians, who care about this country, the real task before us is to know that we have 30 years on the outside in which we need to make sure that we do not become the poverty capital of the world, and slum of the world.”

READ ALSO: For Atiku to win in 2019, PDP must ‘show repentance for the years of the locust they engineered’— Bakare

Speaking further he said, “In 1960, the per capital income in Nigeria was higher than what it was in South Korea, and China. My father was the first ambassador of Nigeria to China in 1972. In 1972, he had to go to Hong Kong every two weeks to buy essential commodities because they were not available in Beijing. He could not find milk, sugar and cornflakes in Beijing; he had to go to Hong Kong in 1972, not 100 years ago.

“In 1974, when Deng Xiaoping started opening up in China, there were 700 million Chinese living in extreme poverty. Today, that number is down to only 30 million people in one generation. In 1974, China had only 8million university graduates. Today, China has more than 300 million university graduates, more than the entire population of the United States of America. Yet, China did not have direct foreign investments; in fact China stopped it.

“We talk about miracles, ancient miracles. I don’t like the word miracles because miracles are associated with angels with wings that you do not see, coming from the sky. The Chinese are human beings like us and they did it.

“When we say miracle, it sounds like something supernatural that has some certain powers to it. Every time you think about it, the only deficit we have is a policy deficit.

READ ALSO: For Atiku to win in 2019, PDP must ‘show repentance for the years of the locust they engineered’— Bakare

“I hope we can all work together and build this country, and make it a country that we all know it can be. We know that Nigeria can be great. We all know it.

“All those seeking political office, we hope will begin to join us, and we will continue to urge those outside politics to exert the right pressure on those in government to give us these policies, these thinking because that is the future of this country.

“If you take Kano alone, today 58 per cent of all children under the age of five in Kano State suffer from chronic malnutrition. Out of that, 17 per cent has acute malnutrition. Globally, nine per cent is a crisis, but we have 17 per cent. Forty eight per cent of the children of all women of reproductive age suffer from anaemia, iron deficiency. We have almost four million children out of school. We have one of the highest infant mortality and maternal mortality rate in the country.

“These are the kinds of things that are not even featuring in political discourse. These are issues that confront us and these are the issues we must address to avert that future that has been so very tragically by Bill Gate and other economists.

“Within Africa, we are having countries that are becoming excellent examples of what we can do with just a little bit of good thinking, combined with the right values. Our people have the ability, they are resilient, had working and intelligence to do it.”