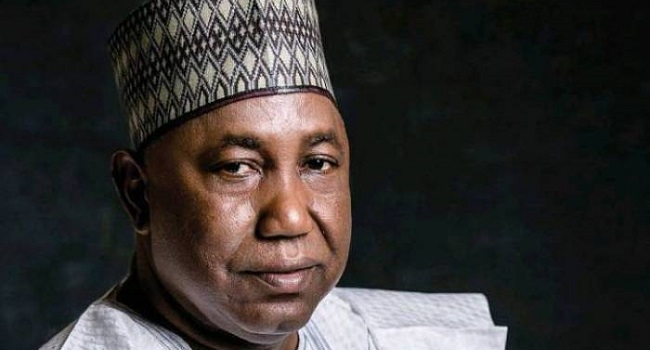 An All Progressives Congress (APC) senator from Kano South, Kabiru Gaya, has said that the North West should be allowed to produce the next Deputy Senate President of the 9th Senate.

He said no other zone but North West should be allowed to produce the next Deputy Senate president, because the zone produced six million votes to see APC reclaim federal power, adding that APC might be doing itself a disfavor by throwing away the zone, which he said is its stronghold.

The senator, who is among lawmakers of the upper chamber of the National Assembly, aspiring for the position, stated this in a statement on Wednesday in Abuja.

The fourth time senator went further to say: “The reason I’m saying nobody should produce Deputy Senate President rather than the North- West is because we have produced 6 million votes, and in politics, you don’t throw away your stronghold.”

President Muhammadu Buhari is from the North West while his Vice, Yemi Osinbajo is from South West. Already APC, regardless of Osinbajo’s position has adopted House of Representatives Majority Leader, Femi Gbajabiamila, as next Speaker.

Gaya had therefore argued, “What we are saying is that if we could give speaker to the South West, I see no reason why we can’t get Deputy Senate President in the North.

“If we say we have the president, fine, South has the Vice President, I believe it is better we consolidate on our positions now.

“If you give other zones positions, and deny North-West which had the highest number of votes, that would not be good, it means you want to throw away 6 million votes.”

Other senators who have declared aspiring to become the next Deputy Senate President are former Abia State governor and senator-elect, Orji Uzor Kalu (South-East), and Senator Ovie Omoagege (South-South) among others.

NWOSU TO IHEDIOHA: You were not elected to be chasing shadows, or pull down Okorocha