NASS REPUBLIC: As Reps mull keeping students at home. Two other stories, and a quote to remember | Ripples Nigeria 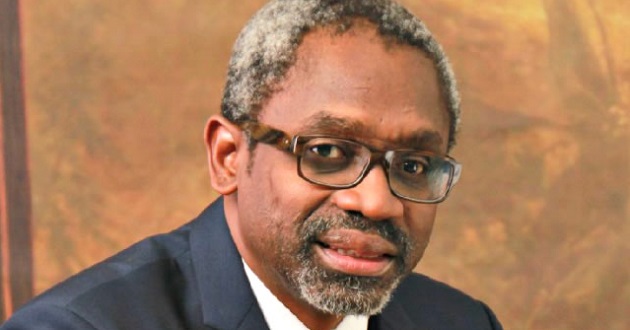 Members of Nigeria’s House of Representatives literarily found themselves swimming against the tide last week.

This was evident in the grumbles of some NASS members in the period leading up to government announcement of school resumptions amid resurgence of the COVID-19 pandemic.

The lawmakers had expressed deep reservations over inadequate consultations by the Muhammadu Buhari administration, and its hasty reopening of educational institutions, especially the universities which had been shut for nearly a year.

This incident, among others, characterized events at NASS last week.

On January 16, the House of Representatives faulted the Federal Government for giving schools the go-ahead to reopen despite the increasing cases of COVID-19.

The lawmakers bared their minds in a statement issued by the Chairman of the House Committee on Basic Education and Services, Prof. Julius Ihonvbere, in Abuja.

“They did not consult us; at least in my committee, nobody from the ministry spoke to me. I have been in Abuja. And I am not sure that they spoke to any of my members. They just don’t see us as part of the critical stakeholders,” Ihonvbere said.

He added: “We are particularly concerned that when the infection rates hovered around 500 and under, schools were closed; but now that it hovers well above 1,000 infections daily, schools are being reopened. Why are we rushing to reopen schools without adequate verifiable and sustainable arrangements to protect and secure our children?”

Ihonvbere’s outburst adds to the long list of claims of poor synergy observed in the relationship between the executive and legislative arms of government.

Unfortunately, it also deepens the longstanding perception that the executive holds little regard for the other arms, and would rather emasculate them where it deemed necessary.

Instructively, many years after leaning on democratic principles for guidance, the institutions of state appear not to be maturing very quickly but rather what has been witnessed is the rise of strong individuals who show little respect for rules of engagement in a democracy.

But in crying out loud, the lawmakers must appreciate that they have, over the years, made themselves weeping boys by failing to assert their authority, thereby laying the foundations for a disdainful treatment by the executive.

“It is time for Buhari to let the Service Chiefs go. They have done their best, but they need to go. If he cannot remove them, he should constitute an advisory committee and put them there. They will be advising him. If he won’t let them go, we call on them, in overriding public interest to resign?”

The Joint Senate and the House of Representatives Committee on the Independent National Electoral Commission and Election Matters have rejected a proposal to allow married underage girls to vote during elections.

The Chairmen, Senate Committee on INEC, Kabiru Gaya and his counterpart in the House of Reps, Aisha Dukku, had disclosed that the proposal did not scale through when it was tabled before the Technical Committee on the Electoral Act Amendment at the end of its three-day retreat held in Abuja last week.

“The law recognises an 18-year-old person and above as eligible voters, but we wanted to put a caveat that any married lady who is not up to 18 years old should be qualified but the proposal did not sail through,” Gaya had said.

It is interesting that common sense appears to have prevailed on an issue a few promoters seem to have mooted for political expediency.

The motive for the initiative had left critics asking after its real intentions.

Indeed, what did the promoters hope to gain by seeking to topple constitutional provisions on underage voting and child marriage? The answers may be blowing in the wind.

Nevertheless, it is hoped that NASS members would work closely with INEC to set out electoral guidelines towards stemming the tide of underage voting. There is no better time to do that than now, as the country readies for 2023 general elections which are barely 2 years away.

On January 14, a member of the House of Representatives, Garba Muhammad, said the recent suspension of payment of the new minimum wage by the Kano State Government justified the bill he sponsored to allow States pay their workers according to their financial strength.

“Let every State pay according to what it has,” Muhammad had said while presenting the bill.

It could be recalled that the House on January 8, started considering an amendment to the 1999 Constitution by moving matters relating to wages from the Executive Legislative List to the Concurrent Legislative List.

No doubt, the developments in Kano State make Muhammad’s bill even more persuasive and strengthen arguments on why it has to become law.

It is common knowledge that since President Buhari, in 2019, signed the N30,000 minimum wage into law, most States have struggled to implement that piece of legislation.

Currently, over 10 States have been unable to pay the approved amount while others ride on partial implementation or non-adherence.

How developments in Kano will, therefore, shape outcomes at NASS remain a thing of conjecture.

Bamidele made the statement on December 1, 2020, when the Senate called for the sack of the Service Chiefs over the growing insecurity in the country. He represents Ekiti Central at the Red Chambers of the National Assembly.
By John Chukwu