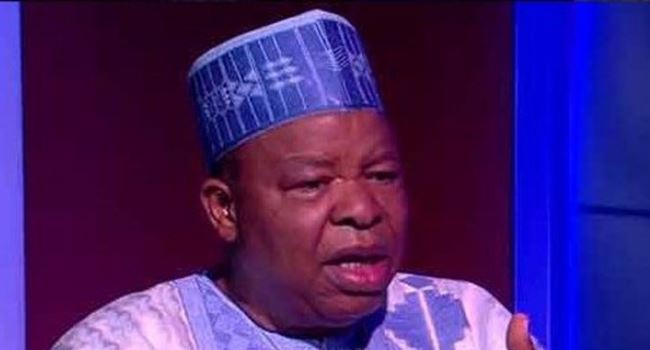 A former deputy president of the Nigerian Senate, Ibrahim Mantu has died.

Mantu is said to have have given in to complications arising from Covid-19 infection.

Mantu has headed a panel to review the 1999 constitution, which was accused by many as a ploy to make way for a third term agenda for then President Olusegun Obasanjo.

He died at a private hospital in Abuja, at the age of 77, after he fell ill nine days ago.

Mantu, represented Plateau Central Senatorial district in the National Assembly between 1999 and 2007.

Mantu, who hailed from Gindiri in Mangu Local Government Area of Plateau State, was the Deputy Senate President from 2001 to 2007 on the platform of the People’s Democratic Party (PDP), and was one of the notable figures in the nation’s political landscape.

In the dying days of the then President Olusegun Obasanjo, Mantu, alongside other lawmakers, orchestrated an ominous agenda which was seemingly meant to entrench a third term agenda for the President.

During the third term imbroglio, Mantu was one of the arrow heads of the plot and was alleged to be the link-man between the legislature and the President as the planners tried to bend the rules and smuggle in a third term into the Constitution to favour Obasanjo.

There were several allegations of underhand dealings and distribution of large amounts of money in Ghana-Must-Go bags to the legislature with the intention of enticing them to pass the Bill which would have seen to the insertion of the agenda in the Constitution to give Obasanjo the chance to continue as President beyond his second and final term.

Mantu who was a member of the Board of Trustees of the PDP, left the Senate as one of the most powerful politicians in the land, but his political wings were clipped when he made another attempt to go back in 2017 where he was soundly beaten by Sati Gogwim, an unknown, but emerging political figure, to the Plateau Central senate seat.