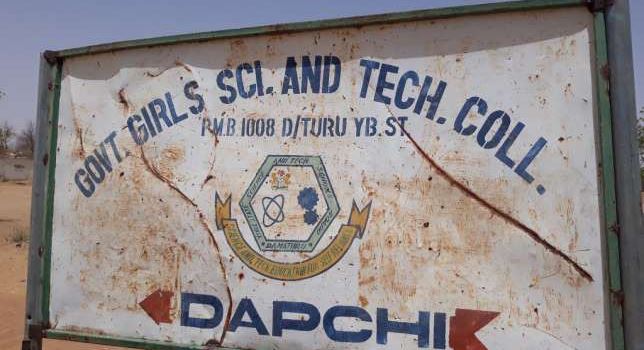 Babangida is about 50km from Dapchi.

A source at the school said the decision was taken by the leadership of the college’s Parents and Teachers Association (PTA) as part of measures to safeguard the students from any Boko Haram incursion.

The Boko Haram insurgents had in February last year abducted over 100 students from the college.

One of the abducted girls, Leah Sharibu, is still in Boko Haram’s captivity while her mates had been released by their captors.

The Chairman of the abducted Dapchi School Girls’ Parents’ Association, Alhaji Bashir Manzo, confirmed that the association in conjunction with the parents of the abducted students and the management of the school took the decision to prevent another attack on the school.

According to him, the commander of the joint task force in Dapshi has on two occasions since the resumption of academic work this term, ordered that the students be evacuated from their hostels due to presence of some Boko Haram elements in Sasawa, which is close to the town.

He said: “It is true that the school has been closed down for now because of the recent developments in the town.

“Last Thursday, the military commander in Dapchi instructed that the girls should be moved out of the hostel. They were evacuated to the house of the District Head. The military told us that some Boko Haram elements were sighted at Sasawa and therefore, the school girls should be kept safe.

“For the second time again, the soldiers came and ordered the evacuation of the girls to the house of the District Head where they slept. Now following what happened in Babangida last week and the recent developments,  we sat down with the PTA and decided that the children should just go home pending when adequate security measures will be taken. We gathered the students and addressed them and gave them transport fares to go back to their houses.

“We have written a letter which will be sent to the DSS, police and the Permanent Secretary in the Ministry of Education on the decision that we have taken. This is the reason why GGSTC Dapchi has been closed for now.”