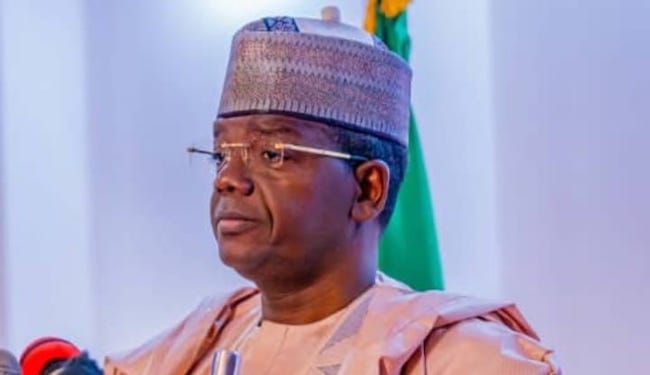 The Peoples Democratic Party (PDP) in Zamfara State has accused Bello Matawalle of planning to arrest some of its key members on trumped-up charges.

In a statement issued by the campaign office of its governorship candidate in the state, Dauda Lawal, the party claimed that some of its members are being picked up by the police on trumped-up charges.

The party cited the recent arrest of a former Minister of State for Information, Ikra Aliyu Bilbis, who is the Director-General of the PDP governorship campaign council as an example of the governor’s determination to silence the opposition in the state.

The statement read: “Zamfara State Peoples’ Democratic Party wishes to alert the general public that it has secured intelligence information that the Matawalle-led government has perfected plans to clamp down on notable opposition party figures in the state within a few days.

“The proposed unguided plan is to come up with trumped up charges and insist that security agencies, especially the police arrest and charge such opposition party members to court.

“The plan has been activated with the illegal arrest of the Director-General of the Governorship Campaign Council of the Peoples’ Democratic Party in the state, Ikra Aliyu Bilbis.

“Former Minister, Ikra Bilbis and some members of our great party were arrested and detained by the police on the orders of the state governor. Also arrested on trumped-up charges is Capt. Bala Mai Riga, who has been in detention for a while.

“Our source has confirmed that key members of the PDP were identified for an unjustifiable arrest, including our governorship candidate, Dr. Dauda Lawal, and state acting Chairman of the PDP, Mukhtar Lugga.