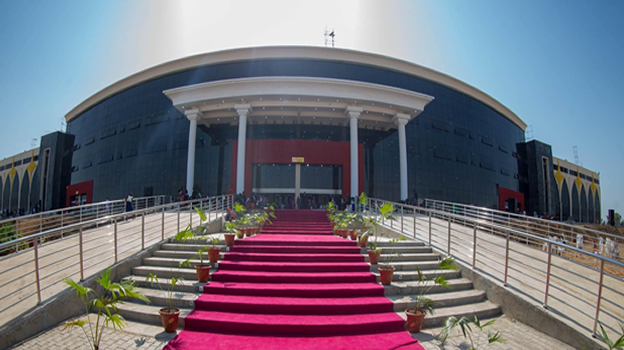 Security operatives on Sunday arrested a journalist, with The PUNCH Newspapers, Solomon Odeniyi, while he was covering an event at the Dunamis Church Headquarters in the Lugbe area of Abuja.

Odeniyi, who works with the Abuja Bureau of the newspaper, was covering a live event when the security operatives whisked him away.

According to reports, the journalist has not been allowed to answer his calls or contact anyone.

Meanwhile, there was palpable tension in the church between 7.a.m and 10.a.m as scores of policemen and plain-clothed state operatives reportedly cordoned off the area in fear of a protest by members of the #RevolutionNow movement who are protesting the arrest of its members by the Department of State Services (DSS).

Dozens of policemen were reportedly sighted in the area, while patrol vehicles numbering about four were said to be parked at strategic locations.

Rights activist and convener of the #RevolutionNow movement, Omoyele Sowore, had threatened another mass protest if some of its members, who were arrested in the church last Sunday by security operatives, for wearing ‘#BuhariMustGo’ T-shirts are not released within seven days.

Also, Sowore had at a press conference organised by a group called ‘Take It Back Movement’, at the weekend in Abuja, alleged that the General Overseer and Senior Pastor of the church, Pastor Paul Enenche, collaborated with the DSS to effect the arrests.

However, the pastor had earlier debunked any alleged involvement by the church in the arrest of the protesters, claiming he was not aware of the incident until the members were arrested.

BREAKING: Bandits abduct Emir of Kajuru, 13 others in Kaduna