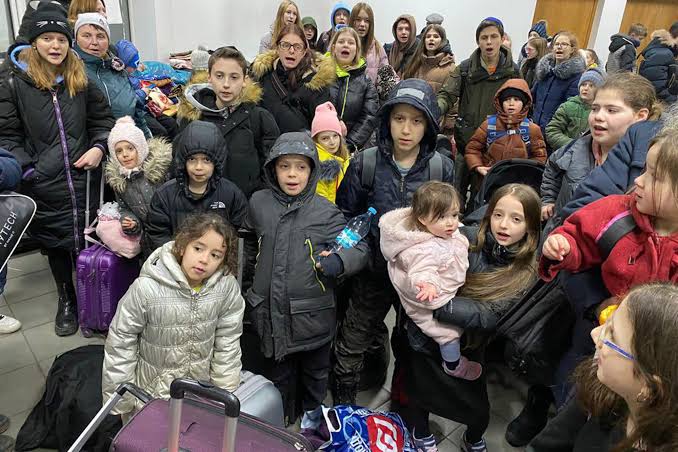 The Office of the Prosecutor General of Ukraine, has reported that at least 226 children have been killed and 415 injured by Russian forces since it declared a full-scale war against Ukraine on February 24.

“As of the morning of Monday 9 May, at least 641 children have been harmed or killed in Ukraine as a result of Russia’s full-scale armed invasion,” the statement reads.

“These numbers are not definitive, as we continue to establish the number of child casualties in areas of active hostilities and on the temporarily occupied or recently liberated territories.

“On 8 May, a 13-year-old girl was found dead in one of the vehicles in a convoy of cars that were shelled by Russian occupation forces in the Chuhuiv district of the Kharkiv Region on 4 May.

“On 7 May, 2 girls, aged 9 and 13, were injured following the Russian shelling of the villages of Shypilove and Bilohorivka in the Luhansk Region.

“As a result of daily bombings and shelling by the Russian armed forces of Ukrainian cities and villages, 1,635 educational institutions were damaged. At the same time, 126 of them were completely destroyed,” the office of the Prosecutor General said.

More than 60 killed in Ukrainian school providing shelter for civilians