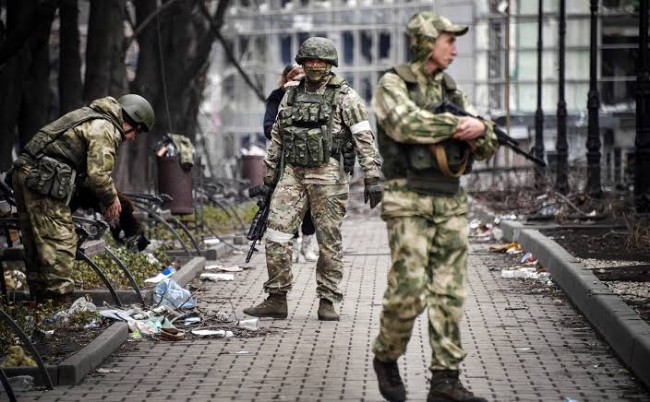 Russian military authorities on Wednesday said nearly 700 Ukrainian fighters have surrendered overnight in the besieged port city of Mariupol, adding that other top commanders were still holed up in tunnels beneath the giant Azovstal steelworks.

A statement by the Russian Ministry of Defence said 694 more fighters had surrendered, bringing the total number of people who had laid down arms to 959.

The leader of pro-Russian separatists in control of the Mariupol area was quoted by a local news agency as saying the main commanders inside the plant had yet to surrender but added that they have not left the bunkers.

Read also :Russia withdraws from Council of Baltic Sea States over opposition to war with Ukraine

On Tuesday, the Ukrainian officials had confirmed the surrender of more than 250 fighters but did not say how many more were inside the steel works industry or what would become of them, and made clear on Wednesday that there would be no further comment for now.

“Unfortunately, the subject is very sensitive and there is a very fragile set of talks going on today, therefore I cannot say anything more,” said Mariupol Mayor Vadym Boichenko.

Boichenko said President Volodymyr Zelenskiy, the Red Cross and the United Nations were involved in talks, but gave no further details.

“The main thing is that our boys saved our country, gave us a chance to get ready for this destructive war,” he added.

The final surrender of Mariupol would bring a close to a near three month siege of the once prosperous city of more than 400,000 people, where Ukraine says tens of thousands of civilians died under Russian siege and bombardment, many buried in mass graves.

Related Topics:Ukraine Russia war
Up Next