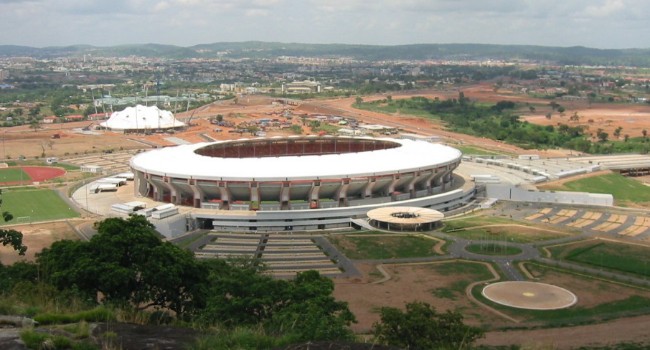 The rehabilitation of the MKO Abiola Stadium, Abuja has reached the stage where only the pitch and the floodlights are yet to be fixed.

This was according to the Minister of Youth and Sports, Sunday Dare, who has called on Nigerians to be patient as the ministry continues to work to fulfill its promises.

The National Stadium Abuja had been in a state the country’s sports stakeholders were not proud of, and there had been calls for the government to restore the glory of the edifice that was commissioned in 2003 for the All African Games.

On June, 2020, a day set aside to celebrate democracy on Nigeria, in honour of late Chief MKO Abiola, the Sports Ministry led the unveiling of the Stadium, and has since given it a new look.

But speaking with journalists during a recent tour of the facility, Dare said about $1.5m would be needed to complete the renovation, with Billionaire businessman, Aliko Dangote, partnering with the ministry to get it done.

“It will cost almost $1.5m private funds to fix the stadium and there are processes in handling such a project,” Dare said.

“We are in the final stage in which the contractor will be mobilised to site, so I’m calling on Nigerians to be patient.

“We are carrying out all the necessary procedures before we move to the site, so the pitch will come back very soon.

“You can see that the stadium is functional. I will say 75 to 80 per cent functional.

“The swimming pool is working, the indoor sports hall is working, 60,000 seats in the stadium are FIFA compliant and the tracks are okay. So, we will get there very soon.

“It is a function of when the pitch is fixed. Every other thing is working. The lights are back, security is back, water is back.

“What is left is just the football pitch and the floodlights,” he added.

The Minister, who assumed office in August 2019 after being appointed to replace Barr. Solomon Dalung, had made it clear how development of sporting infrastructures was one of his key missions this tenure.