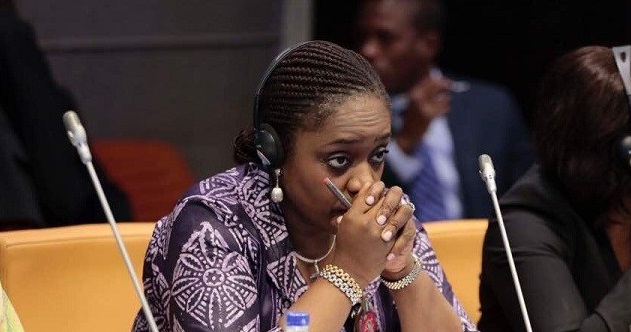 A former Minister of Finance, Kemi Adeosun, the incumbent, Zainab Ahmed and her counterpart at the Ministry of Humanitarian Affairs, Disaster Management and Social Development, Sadiya Farouq have been summoned by the House of Representatives Committee on Public accounts to account for a total sum of N1.7tn appropriated for the implementation of the National Social Investment Programmes from 2016 to September 2019.

The Committee also summoned the incumbent and former permanent secretaries and desk officers involved in the implementation of the NSIPs in both the ministries and the National Social Investment Office.

The Chairman of the committee, Mr Wole Oke, issued the summons at an investigative hearing on the audit queries on the NSIPs by the Office of the Auditor General of the Federation, alleging that the Special Assistant to the President on Home School Feeding Programme, Mr Dotun Adebayo, and other desk officers provided misleading information on the NSIP account domiciled with the Central Bank of Nigeria (CBN).

The Minister of State for Finance, Budget and National Planning, Mr Clem Agba, in his presentation, however disclosed that out of the N1.7tn appropriated for the NSIPs within the four-year period, only N619.142bn was released and N560.914bn utilised.

According to him, the balance of N58.227bn was handed over to Federal Ministry of Humanitarian Affairs, Disaster Management and Social Development.

Agba’s presentation of the breakdown of the funds processed and released by the Ministry of Finance, Budget and National Planning showed that N32.088bn was released for Government Enterprise and Empowerment Programme, N20.59bn for Conditional Cash Transfer, N149.965bn for Home-Grown School Feeding Programme, N355.846bn for Job Creation Unit, while N2.428bn was released for Social Investment Programme (General).

Agba said: “Prior to the handing over to the Federal Ministry of Humanitarian Affairs, Disaster Management and Social Development, requests for payments for all types of expenditures in respect of any of the programmes of NSIP emanated from the National Social Investment Office situated under the Office of the Vice President.

“Requests for payments from the NSIO office were signed by the Senior Special Adviser to the President on Social Investment. Funds for the programmes are domiciled in Central Bank of Nigeria Account Number 0020208461037.”

In his response, Oke expressed displeasure over the failure by all the desk officers to provide the procurement records.

He said: “We gave you powers, pursuant to our various appropriation Acts, to spend money; no problem. We are only asking you, based on the project audit, to retire. Give us records. It is as simple as that.

“You’ve given us records of N-Power. Nobody is arguing with you over N-Power. We can see the names of beneficiaries of N-Power; nobody is making noise about it.

“As members, we can feel the N-Power beneficiaries in the various local government areas and constituencies; nobody is asking you questions about it. But Dotun claimed that Auditor-General said they spent N191bn and we are asking him to retire same. It is as simple as that.

“Give us records, what you did with N191bn. Who did you pay to? That is the question we are asking. We should be able to report to Nigerians. That is what we are asking for. Give us the procurement report and that ends there.”