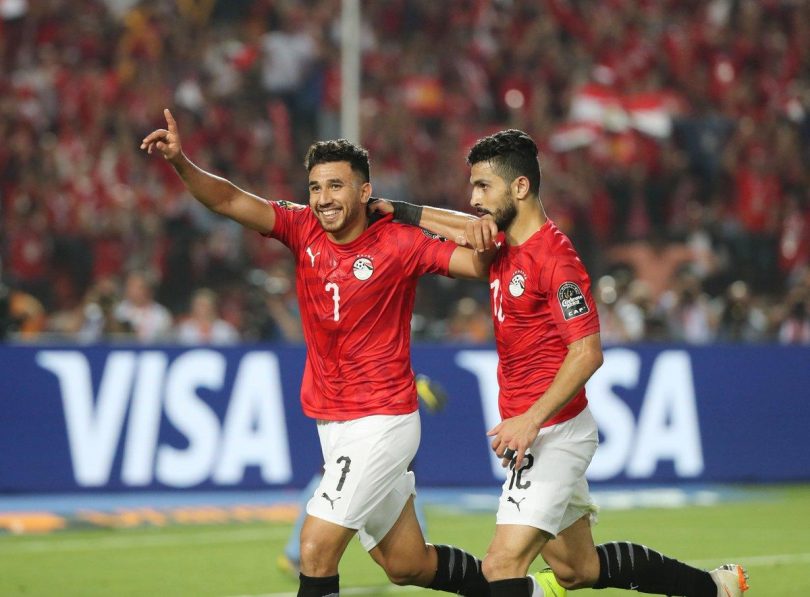 Africa’s biggest football event, the AFCON has kicked off in Egypt on Friday, as the hosts defeated Zimbabwe in the opening match in Cairo.

The Pharaohs, one of the favourites to win the competition, defeated the Warriors 1-0 to begin their campaign with a deserved victory.

Mahmoud Trézéguet was the winner of the match as his goal in the 41st minute of the game sealed the victory.

Seven-time champions Egypt will be looking to go a step further from the last edition of the AFCON in Gabon 2017, which they lost in the final to the Indomitable Lions of Cameroon.

Zimbabwe, who held the Super Eagles of Nigeria to a goalless draw in a pre-tournament warm-up in Asaba, have never made it past the group stages of the competition.

They face Uganda in their next game, while Egypt meet DR Congo in the other Group A match.

Earlier on Friday, the opening ceremony held right inside the Cairo Stadium, and here’s a short clip of what the ceremony looked like:

In case you aint watching the #AFCON2019 opening ceremony live, take a look at how Egyptians are bursting our brains.

The Super Eagles of Nigeria will begin their campaign tomorrow (Saturday) against Burundi in Alexandria Stadium by 6:00p.m Nigeria time.