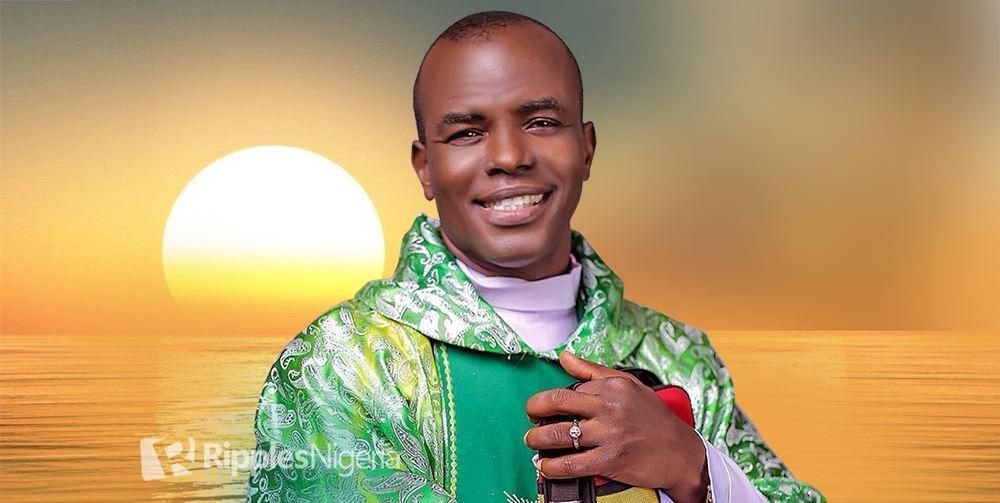 Following the attack on the Nigerian Defence Academy (NDA), the Spiritual Director of Adoration Ministry Enugu Nigeria (AMEN), Rev. Father Ejike Mbaka, has warned that the attack was just the beginning of the predicament that would befall Nigeria if President Muhammad Buhari’s administration did not change its ways.

He said the attack on the military formation was still elementary to what would happen if the present administration does not urgently do something to avert the crisis facing the country.

Also, the cleric, who spoke in a homily during a Sunday mass, called on the Federal Government to release the leader of the Indigenous People of Biafra (IPOB) Mazi Nnamdi Kanu, from detention.

He queried whether the attack on the NDA was carried out by the IPOB leader or his followers.

In the homily, which has gone viral, Mbaka said, “Did you not hear that yesterday (Saturday), bandits entered into our most secured place in this country, Nigerian Defence Academy? The NDA, the impenetrable place in Nigeria and killed some Nigerian military officers.

“And people are still talking of Father Mbaka and Adoration. And some Catholics are still attacking the worship of the Blessed Sacrament through adoration; what are they going to do?

“The country is sinking just as I told them last time. The arrest of Nnamdi Kanu; will it solve any problem? Will it stop any agitation? Now, the attack on the NDA; is it Nnamdi Kanu now?

“Is it not better he is released? Since he is still under their custody and NDA could be perforated, violated, and mesmerised, what is the hope of this country if it can happen in Nigeria Defence Academy? Where else is safe?

“As I told you people last two months that what you are seeing is just the beginning of the trouble and that the main trouble is coming. This one that they did is just the elementary part of it. The secondary part of it is still coming.

“I am only asking God to intervene because, what is happening in Afghanistan right now; if God is not ready to help us, Nigeria’s situation will be worse in the future. You are free to attack Father Mbaka and criticise me, that one is your problem.

“I am doing my prophetic work, and I don’t need apology or affirmation or support or approval from anybody apart from the Holy Spirit who sent me on this risky assignment. Even if I want to stop it, I can’t even stop it.”

I can never apologise to Buhari, Ortom replies Sen Akume