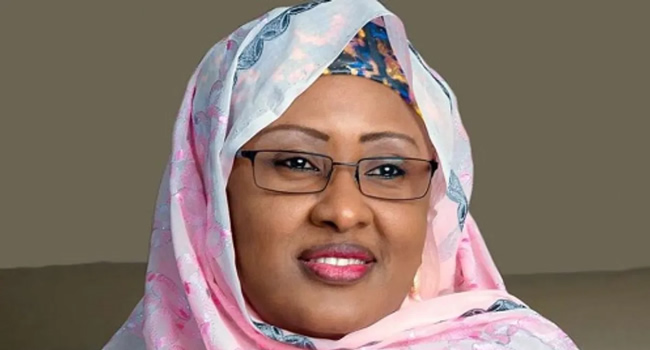 Wife of the President, Aisha Buhari, has reportedly returned to Nigeria from Dubai, the United Arab Emirates, after six months stay in the Middle- East nation.

The President’s wife quietly relocated abroad after one of her daughters’ wedding in September last year.

Questions have been raised by concerned Nigerians over her whereabouts but the presidency refused to make any comment on the matter.

However, Mrs. Buhari’s media aide, Aliyu Abdullahi, has refused to confirm the report of her return to the country.

Aliyu simply told journalists that he was not aware that the President’s wife has returned to the country from Dubai.