Home » International » ALGERIA: 8 infants burnt to death after fire sweeps through maternity unit of a hospital 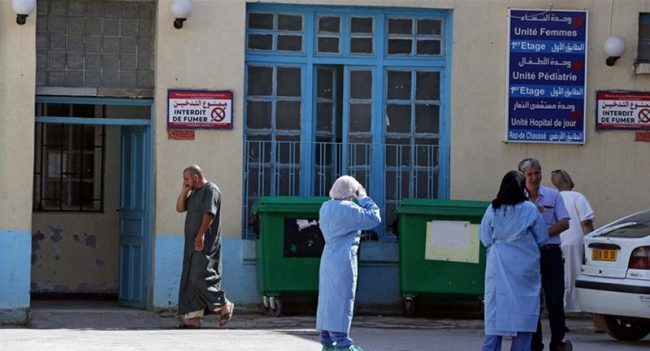 A tragic scene played out in the Egyptian city of El-Oued when a fire outbreak swept through a maternity unit of a hospital killing no less than six infants.

Reports say concerned authorities rescued 11 infants, over 100 women and 28 staff when the raging fire razed through the hospital on Tuesday morning.

Dozens of fire engines were deployed to contain the fire, the cause of which is not yet clear.

Prime Minister Noureddine Bedoui has ordered an “urgent” investigation and the country’s health minister visited the scene to investigate further.

“Unfortunately we regret the deaths of eight babies, some from burns and others from smoke inhalation,” spokesman Captain Nassim Bernaoui told reporters.