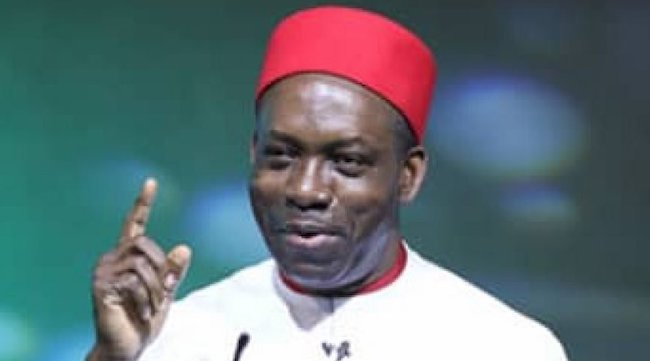 Prof. Chukwuma Soludo, the governor of Anambra State, has denied rumors of a $20 million Anambra State investment in Sabmiller Group.

Mr Christian Aburime, the governor’s Chief Press Secretary, stated in a statement released on Saturday that the statement attributed to Soludo was absolutely incorrect, and that the governor never made or published such a declaration.

Aburime encouraged the Anambra people and the broader public to disregard the “misleading” report in a press release headed “Re: $20 million Anambra State investment in Sabmiller Group.”

The statement read in part, “The above news trending online in some social media handles, alleging that Anambra State Governor, Prof Chukwuma Charles Soludo announced today; 29-04-2022, that the $20m which former Governor of the state, Mr Peter Obi invested on behalf of Anambra State in Sabmiller Group is now worth $100m.

“The writer further claimed that from today; 29-04-2022, Anambra State now owns the highest share in the global company.

“This is to notify the public that the statement allegedly credited to Prof. Chukwuma Charles Soludo is completely false. The governor never made or issued any statement to that effect.

“It is untrue and should be completely disregarded.”

Obi, a former governor of Anambra, is accused of using state funds to fraudulently fund a purportedly government-owned corporation in which his company has a stake.

During his tenure, Obi was accused of promoting Intafact, a South African brewery venture jointly controlled by SABMiller, as a state commercial interest, supporting the firm with more than N2 billion in Anambra government funds and allocating shares in the company to himself.

The governor’s firm, NEXT International Limited, is purportedly representing him on the board of directors. Critics claim that in addition to utilizing governmental resources to promote private interests, Obi got SABMiller shares in Intafact through his company.

Flour Mills gets approval for acquisition of majority stake in Honeywell