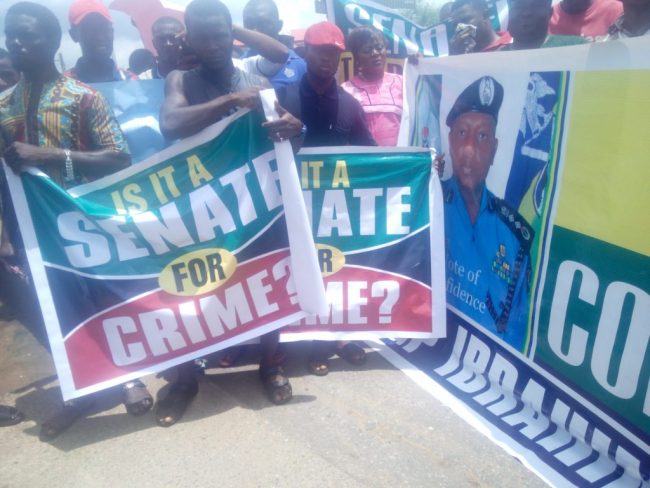 Awka, the capital of Anambra State witnessed a protest on Friday by scores of youths against the Nigerian Senate over its frequent invitations sent to the Inspector-General of Police (IGP), Ibrahim Idris.

The youth took the protest to the Headquarters of the Anambra Police Command, Amawbia, Awka South Local Government Area.

They described the invitations as unconstitutional, saying the senate was distracting the IGP from performing his required duties.

Speaking on behalf of the youths, their leader, Anthony Ogbu, said if the senate did not stop such unconstitutional act, they would mobilise millions of Nigerian youths to shut down the National Assembly.

Read also: SUSPENSION: Battle not over as Senate drags Omo-Agege to Appeal Court

The protest follows the declaration by the senate on Thursday that the IGP was an enemy of democracy and as such was unfit to hold public office.

The senators stated this following the failure of the IGP to honour its three invitations to provide information on the spate of killings across the country and also to explain the alleged wrongful treatment meted out to Senator Dino Melaye representing Kogi West.

But in the protest on Friday, the youth accused the senators of taking a unilateral decision on the matter, stating that the lawmakers ought to have consulted their constituencies before arriving at the conclusion of declaring an IGP persona non grata. 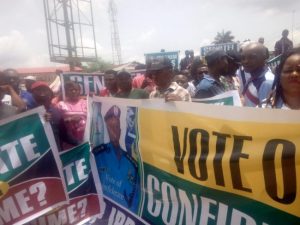