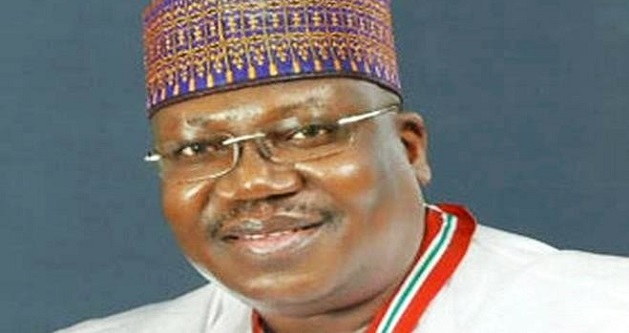 Senate Leader, Ahmed Lawan, says the All Progressives Congress (APC) still has a majority in the Senate with 52 lawmakers.

Lawan made this statement after a two-hour meeting of the APC caucus on Tuesday.

The meeting held immediately after plenary which witnessed the defection of 14 senators from the APC, with majority joining the Peoples Democratic Party (PDP).

Lawan expressed optimism that some of the defecting senators will return to the APC.

Defending his claim that the APC still retained majority, Lawan said the party has 52 senators as against 50 of the PDP.

He said, “You’ll recall that some members of our family, the APC family gave a list that they have decamped from the APC to the PDP and other parties, the ADC in particular. It is with heavy heart that we have to watch our brothers and sisters in the APC caucus take the action they did.

“And we still are optimistic and confident that we will work with our leaders of the APC to bring back our colleagues who had gone.

“The essence of this press briefing is to let you know that even though some of our colleagues have left, the APC remains the majority party in the senate in terms of numbers. Out of the 109 senators, APC has 52, the PDP has 50, ADC has three and APGA has two. And you’ll recall that we lost two of our colleagues. So we have two vacant seats and the total gives you 109.”

Lawan is optimistic his party will win rerun into the two vacant seats while some PDP members are still expected to defect to APC.

“I want to assure you that by the grace of God, INEC will conduct the by-elections, the APC will win because these are our safest seats.

“In addition, we are still expecting some of our colleagues in the original PDP who have expressed willingness to join the APC.

“For our colleagues that have left, we are still optimistic that many of them or all of them will have a change of heart.

“I want to use this opportunity to tell Nigerians that APC remains majority and this majority will continue to support Mr President to ensure that we fulfil our campaign promises. I have a list, we don’t do our things like others do, we back whatever we say with facts.”

Lawan brought out a list where he read the names of the 52 senators he claimed to be in APC.

Lawan said the number of PDP senators could even be less than 50 as the party recently expelled one of its senators.

“In fact one of the PDP senators was dismissed and expelled from the party. They could even be less than 50,” Mr Lawan said.

On why Mr Saraki was not included as part of APC senators, Mr Lawan said the caucus decided to play safe.

“Let’s be on the safe side, until someone say he has consciously decamped, that person remains APC.”

“In fact, that takes our number to 53 and reduces the number of PDP to 49,” he added jokingly.

On why Joshua Dariye, a former Plateau State governor who was last month jailed 14 years, was included in the list, Lawan said the accused has appealed the case and could be acquitted.

NASS DEFECTORS: ‘I fully respect their freedom to choose what party to associate with’— Buhari

BENUE: Drama as lawmakers impeach APC speaker, replace him with another APC member