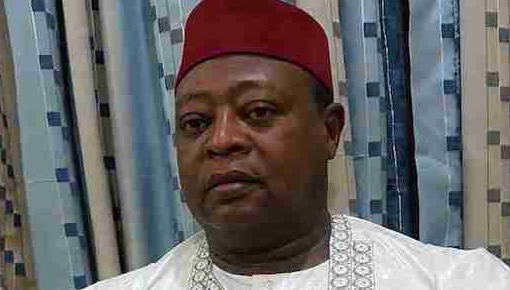 The National Working Committee of the All Progressives Congress (APC) on Thursday suspended its National Vice Chairman, Inuwa Abdulkadir.

Recall that Abdulkadir was earlier controversially suspended by the Magajin Gari “A” Ward, Sokoto North Local Government Area of the party in Sokoto State.

He was accused of working against the APC in the Sokoto State governorship election.

APC lost the governorship election to incumbent governor Aminu Tambuwal in the state.

Confirming the development, the APC spokesperson, Lanre Issa-Onilu, announced the approval of the suspension of Abdulkadir in a statement on Thursday.

“The party organs in Sokoto State have earlier expelled Abdulkadir and passed on their recommendation to the NWC for ratification.

“The decision to uphold the actions of the Sokoto APC organs was taken at a meeting of the NWC held at the Party’s National Secretariat on Thursday.

“Abdulkadir failed to utilise the opportunity to defend himself before the disciplinary committee set up by the NWC to look into the various petitions received against certain members of our party.

“Following the suspension of Abdulkadir, the NWC will subsequently forward the decision of the Sokoto State organs to the Party’s National Executive Committee (NEC) for further actions”.