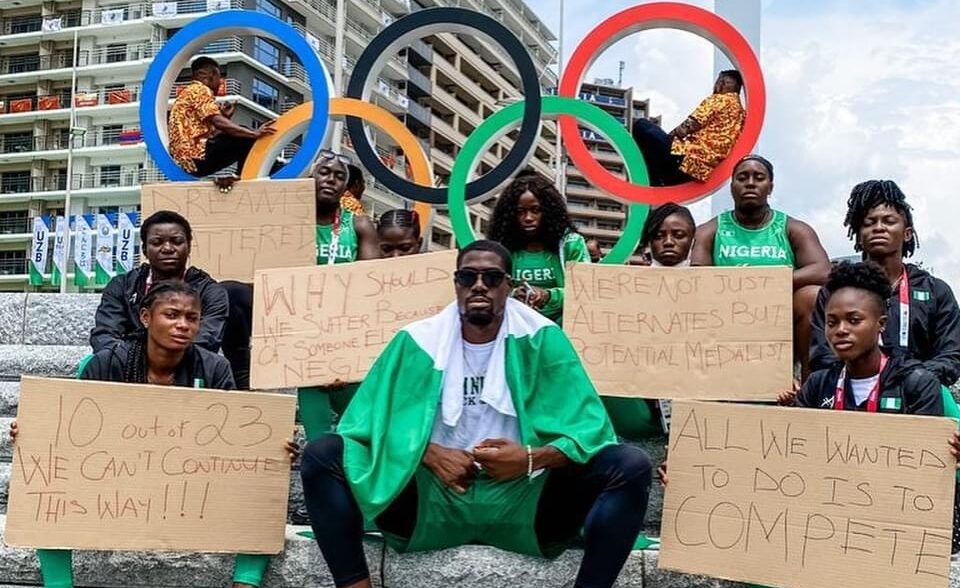 Captain of Team Nigeria at the ongoing Tokyo Olympics, Quadri Aruna has expressed concerns over the alleged ill-treatment being meted at athletes at the Games.

Aruna, African number one table tennis star, was knocked out of the men’s singles event in Tokyo following a shock third-round defeat to Brazil’s Gustavo Tsuboi.

Recall that after his defeat, Aruna expressed regret, saying he had disappointed the Minister of Sports, Sunday Dare, who he said had given so much to the development of sports in the country.

“His (Dare’s) adopt-an-athlete initiative has impacted so much on many athletes. I feel disappointed I could not get a medal to say thank you,” Quadri said at the Games village.

Several events have overtaken the table tennis star’s ouster, with the most recent being the disqualification of some Team Nigeria athletes from participating in Athletics.

The disqualified athletes staged a protest in Tokyo while others like top sprinter Blessing Okagbare, spoke angrily against the negligence of officials, saying they were the reason some athletes were banned.

Aruna took to his official Instagram handle on Friday to voice out his frustrations, pointing particularly at the fact that his former coach was replaced before the Olympics.

“You all wanted me to perform well but you removed my coach that qualified me to quarterfinals at the Rio 2016 Olympics,” the 32-year-old said.

“I dare you all to remove me (from the National team) because I said the truth.

“Athletes are being short-paid, underpaid, and nobody should complain?

“If the Minister of Youth and Sports Development, Sunday Dare, don’t come and address the athletes, these officials will spoil all the good things you (Dare) have been doing.”

It is already Day 7 at the rescheduled Olympics and Team Nigeria are yet to clinch a medal in any sport.

Out of the 10 sports the team are participating in, they are already out of the medal race in six.