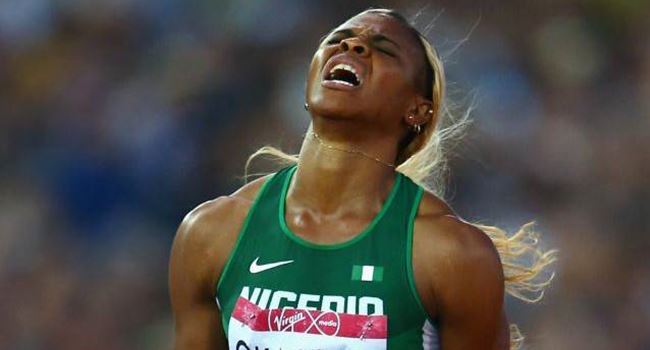 Nigerian athlete, Blessing Okagbare has been provisionally suspended from the Tokyo 2020 Olympics competition for testing positive to a banned substance.

This was announced in a statement on Saturday by the Athletics Integrity Unit (AIU), hours before Okagbare was due to run in the semifinals of the women’s 100 meters.

According to the AIU, Okagbare tested positive for human growth hormone in an out-of-competition test on July 19, four days before the Olympics opened, prompting a mandatory provisional suspension.

The AIU said results of that test were only received by track and field’s anti-doping body late Friday.

Okagbare had already run in the 100 heats on the opening day of track competition at the Olympic Stadium in Tokyo.

She won her heat in 11.05 seconds and was due to run in the semifinals on Saturday.

The highly-anticipated women’s 100 final is the last event on the day’s track schedule.