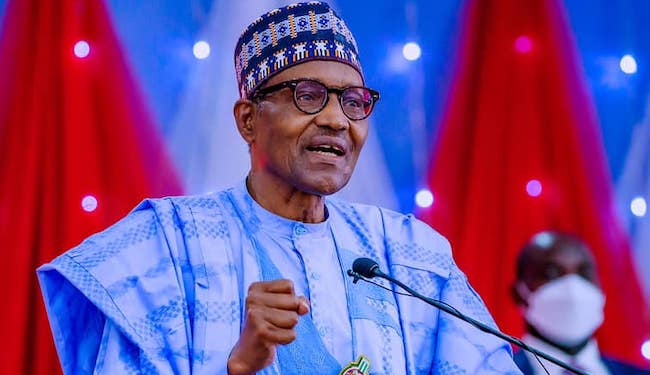 We picked two other stories from the Villa for your reading pleasure.

Signing the Bill as passed by the National Assembly, at the Council Chamber of the Aso Rock, Abuja, Buhari asserted that it promises to improve Nigeria’s electoral process.

“The Bill would also improve, and engender clarity, effectiveness, and transparency of the election process, as well as reduce to the barest minimum incidences of acrimony arising from dissatisfied candidates, and political parties,” he said.

Buhari’s assent to the Electoral Bill could be termed a victory for democracy. He would, nonetheless, count it as one of the legacies of his administration, even though it was endorsed with reservations.

No doubt, the signed Bill presents an opportunity to reposition the country’s electoral process. However, it will be interesting to see how federal lawmakers respond to the reservations expressed by the President and his call for amendments.

Meanwhile, with the Independent National Electoral Commission (INEC) kick-starting the electoral process by releasing the 2023 election timetable, critics have expressed cautious optimism on the possibility of free, fair and credible polls.

The cause for concern rests on the fact that the new law does not guarantee that Nigerian politicians would effect an attitudinal change in the way politics is played in the country.

The days ahead, indeed, do look pregnant still.

On February 22, the Special Adviser to President Buhari on Media and Publicity, Femi Adesina, said the blame for the high number of out-of-school children in the country should not all be heaped on the Buhari administration.

“Those facts are real and it is a reflection of the state of polity, but I will also add that such menace was there under Obasanjo’s tenure to a lesser extent. This tells you that these issues are a culmination of problems and the onus is for various administration to address these challenges. You can’t lay everything at the doorstep of President Buhari,” he said.

Adesina’s attempt to tar the entire system would seem logical. However, an undeniable fact is that, under his principal, the nation has witnessed an unprecedented rise in the number of out-of-school children.

The presidency may do well to focus more on a coordinated strategy to see an end to the crisis which portends a delicate future for youths in the knowledge era.

The presidency, on February 23, detailed President Buhari’s concerns over the incessant military coups experienced in some African countries, and made an appeal to the European Union (EU), and the rest of the world to tackle it.

“President Buhari called for weighty sanctions for unconstitutional leadership changes. In noting that the African Union (AU) has often responded to these challenges, isolating such regimes and imposing sanctions, the President made an appeal to the EU, and the rest of the world to go beyond the condemnation of coups, to impose weighty sanctions on countries that engage in unconstitutional change of governments, as well as manipulation of constitutions in favour of term limits,” a statement by Buhari’s Senior Special Assistant on Media and Publicity, Garba Shehu, read.

Sure, Buhari’s appeal shows a resolve to ensure that democracy is sustained on the African continent. It also reinforces Nigeria’s self-imposed role of a big brother.

However, the country’s aspirations for a coup-free Africa may remain a mirage given the growing incidence of misrule in most entities, and the failure of AU member states to fully execute the peer review mechanism agreed to many years ago.