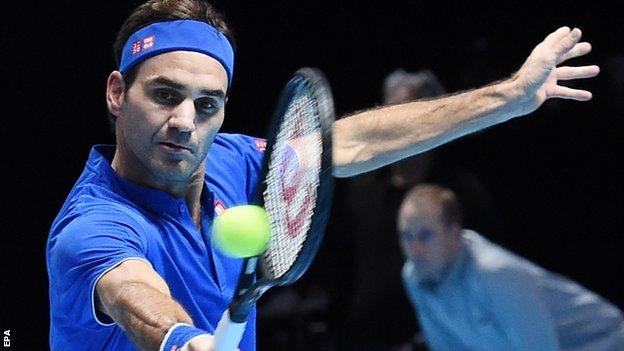 Roger Federer bounced back from his first-match defeat to keep alive his hopes at the ATP Finals with a comfortable victory over Dominic Thiem.

Having slumped to a shock defeat by Kei Nishikori in the group opener, another defeat for Federer would have meant he would not advance from his group.

But the Swiss beat his Austrian opponent 6-2 6-3, to revive his hopes of lifting a 100th title in his professional career.

“It feels good. I am very happy that I showed a reaction after the last match,” he said after the victory.

“Today I was more positive and happy on the court. I love playing in London and I had to remind myself what a privilege it is. I hope I showed it.”

The six-time champion will next take on Kevin Anderson, who beat Nishikori 6-0 6-1 earlier on Tuesday.