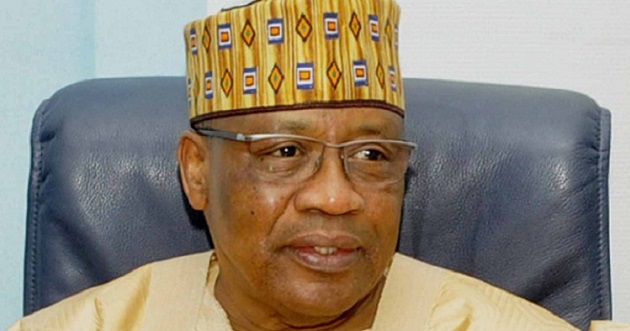 A former military president, General Ibrahim Babaginda (Rtd) has said that coup plotting had become unfashionable and unacceptable in Africa and the world at large.

According to him, only a stupid soldier would plot a coup d’état at this age and time.

Buhari stated this when he spoke on Channels Television Newsnight programme.

He said, “I can tell you now that only a stupid soldier will think of a coup d’état because this is outside their head, it is no longer in their psyche, it is no longer acceptable in Africa and in the world generally, so he is intelligent enough to know that if he stages a coup, the country will be ostracised in the world community of nations, there can be an uprising in your own country, so it’s no longer fashionable.”

On what can move a country forward, the former general said, “The whole thing depends on the leadership selection; one of the things I would have loved to see is if you want to pick a leader, you should be able to access his thought about the country, the unity, he will not jeopardize it, try to use everything within his powers legitimately to make sure that the country remains one.

“Our selection of leadership is the most important thing; political, military and economic leadership. Once this is strong, and everybody in this sector believes in this country, I think we won’t have a problem.”

There have been worries over the unity of the nation, but Babangida assured that his “generation is committed and they will use everything possible; apply logic, advice, talks just to make sure that the country remains united.”

He added, “You cannot convince me that this country should break; I wouldn’t talk to you for a long time because I know people died trying to keep the country one, so my generation will insist this country remains one.

Decrying the throes of the Nigerian civil war, he said his generation would never allow the country to experience civil war again.

READ ALSO: Why I shared the video of my daughter in the presidential jet —Aisha Buhari

“Nobody will like to see this country disintegrated because we will be unfair to those who put their lives on the line and died for the purpose of keeping the country one. If we let it go, we will not be fair to them, thousands of people were killed, a lot was maimed, and some were permanently disabled,” he said.

Babangida overthrew General Muhammadu Buhari through a military coup d’état in 1985. He ruled as a military leader until 1993 when he handed control of the country to an interim civilian government headed by Ernest Shonekan.

Related Topics:Babangidacoup plotting
Up Next

Amid backlash for using presidential jet, defiant Hanan Buhari says she can’t wait for another project.