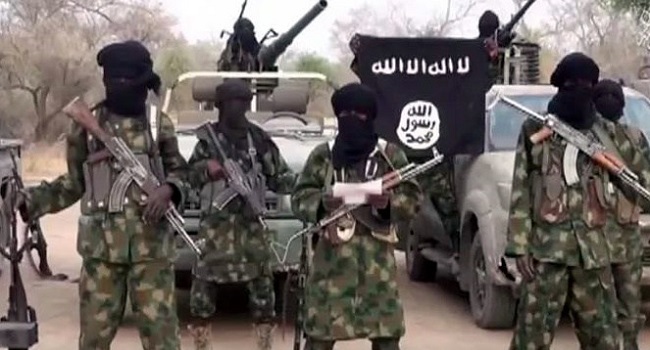 The Nigerian Army on Thursday said its troops under the Operation Lafiya Dole have recovered a flag hoisted by the Boko Haram insurgents in Fadama village in the Madagali Local Government Area of Adamawa State.

The army Operations Media Coordinator, Col. Aminu Iliyasu, disclosed this in a statement on Thursday, adding that apart from the terrorists’ flag, it also recovered two bicycles, copies of the Qur’an and other personal effects after a gun battle with the insurgents in the area on Tuesday.

Iliyasu stated: “During the operation, the Boko Haram insurgents were dealt with, forcing them to flee the location in disarray. Troops destroyed all the criminals’ structures, farmlands, harvested grains stored in underground bunkers and one Lister grinding machine.

“In another encounter at Fadama, the criminals’ flag hoisted on a tree was captured and lowered after the troops had subdued the insurgents with superior fire power forcing them to flee in disarray.

“Also, troops of the 151 Battalion, Sector 1, defeated a bunch of Boko Haram criminal insurgents in the early hours of December 25, while on a clearance operation conducted deep into the Sambisa Forest.”

Petrol subsidy rises to N47.5 per litre as oil price climbs to $67.86 per barrel